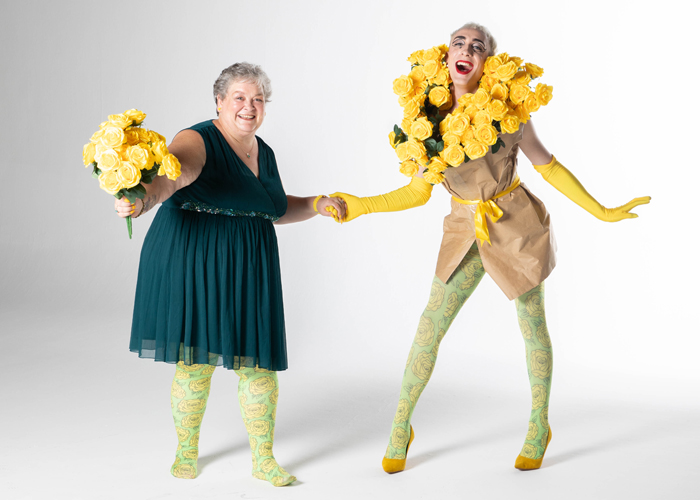 INCLUSIVE clothing e-retailer Snag Group has unveiled plans to expand in the UK and overseas.

The Livingston-based e-commerce company, which sells recyclable hosiery and clothing for people of all sizes, was founded in 2017 by entrepreneur Brie Read who wanted to build the business on a foundation of size inclusivity and tights that provided a better fit.

Four years on, Snag Group’s annual turnover is growing rapidly – from £3.5m in its first year of trading to £45m currently – in line with its organic growth. As part of its ambitious expansion plans, it is targeting a turnover of £80m by mid-2023.

Santander UK has provided a funding package in excess of £2m to support Snag Group’s growth plans. Key to the company’s expansion is its upcoming move to a new warehouse – also in Livingston – double the size of its current premises, which will significantly increase its capacity to store, process and package stock. The increase in capacity is crucial given the business’ recent product diversification and expansion into leggings, T-shirts, skirts and swimwear. Its products are packaged and distributed across the world from its current warehouse in Livingston, and throughout Europe through its warehouse in the Netherlands.

Snag Group sells its products exclusively through its tailored websites in ten geographic markets and has customers in 90 countries. It is now focusing on growing sales in the US by ramping up its social media marketing activity in the country. Santander UK is providing it with international expertise and products in addition to the funding package to support its overseas expansion.

The funding package has supported Snag Group to increase its staff from 60 to 90, and it anticipates hiring an additional 60 staff over the next year as the company grows. A champion of remote working since before the pandemic, all the business’ non-warehouse staff work from home.

Brie Read, CEO of Snag Group said: “I started Snag Group after my own very embarrassing moment wearing tights while walking along a busy Edinburgh city centre street. We are now a rapidly growing e-commerce business and are excited to be working with Santander UK, which has worked hard to understand our needs and prospects, with a view to helping us achieve more rapid growth. It’s so refreshing to be able to pick up the phone or email a member of the team and have access to all the support we need.”

Kirsty Johnston, Relationship Director at Santander UK, said: “We are delighted to have become Snag Group’s banking partner and look forward to supporting its journey of international expansion and growth. Santander UK is pleased to support businesses like this that champion inclusiveness and produce products that minimise environmental impact.”