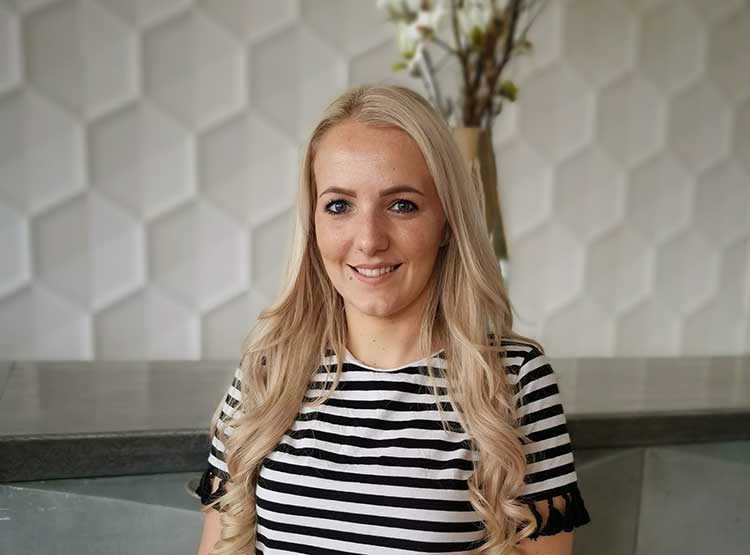 Rapidly-expanding, tech-driven security specialist Safer Scotland has strengthened its financial infrastructure with the appointment of a new Finance Manager.

It has signed up former Balfour Beattie accountant Nicole Finnegan with a remit to assume responsibility for all financial matters and, with Safer Scotland Director Ryan Clark, co-ordinate future strategy regarding forecasts and targets.

The appointment is the latest at the Paisley-based company, which is making significant inroads into the security industry. It follows the recent appointment in a consultancy role of Frank McFaddyen, a leading expert on CCTV, alarms, public space and response strategy.

Ms Finnegan, 25, from Clydebank, gained HNC and HND in Accountancy before taking a degree in the discipline at Glasgow Caledonian University in 2015. Subsequently, she became an accounts assistant at Balfour Beattie.

She said: “I was attracted to Safer Scotland because it is clearly a company with ambitious plans and I wanted to be able to grow with it. I liked the business layout of the operation, and also the friendly and welcoming environment.

“By taking on the full-time financial role – which will soon involve migrating our software packages – I hope not only to create a sustainable structure but also to free up Ryan to concentrate on business growth and development.”

Ryan Clark said: “I am very pleased to have been able to attract Nicole to this important role. She is a young member of the team but she has already shown that she is extremely talented and she will bring new ideas and innovation to our processes.

“The company is expanding so rapidly that we need to ensure that our financial dealings are on a professional footing and Nicole’s expertise will make sure that we are stable and fully compliant.”

As well as senior appointments, the company, which recently has moved into new offices at the prestigious Abbey Mill Business Centre in Paisley, is also looking to recruit more engineers. It will have a turnover of £1.6 million in the coming year.

Safer Scotland has created a niche in a competitive business environment by its emphasis on reliable technology which allows corporate clients to secure high value assets in remote or temporary locations. It is expanding this year into the North of England.