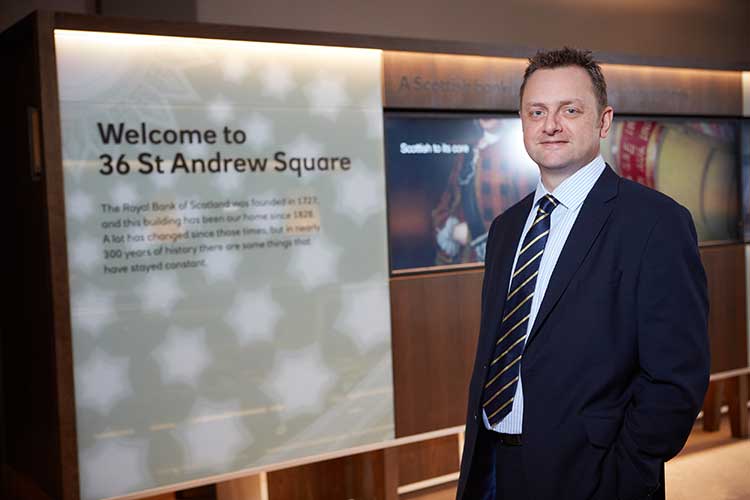 Royal Bank of Scotland is to launch a new initiative supporting female entrepreneurs across Scotland.

The crowdfunding programme, entitled ‘Back Her Business’, has been developed in partnership with established provider Crowdfunder and forms part of the bank’s wider ambition to reduce the gender gap when it comes to entrepreneurship.

The crowdfunding programme forms parts of the bank’s wider commitment to help, inspire and support a further 400,000 female-led businesses across the UK by 2025.

Crowdfunder will provide the infrastructure and access to its wider network of partners and entrepreneurs, with the bank acting as a connector and enabler. Though most of the funding will come from ‘the crowd’ the bank will provide a top-up in funding of £1m per annum across the UK and will be offering up to 50% of an individual’s fundraising target (capped at £5,000) for certain successful projects.

The initiative will not be equity crowdfunding, it will be donation and reward based – i.e. funders will be given a discount towards products or services in return for their donation in some instances.

Speaking at the launch at Aberdeen’s Marischal Square, Malcolm Buchanan, chair of Royal Bank of Scotland’s Scotland Board, said: “Providing support to all businesses throughout Scotland is a key priority for us at Royal Bank of Scotland.  I know from the work we do with entrepreneurs in our Scottish Entrepreneur Accelerator Hubs in Glasgow and Edinburgh and through our female business leaders and supporters, that there is a wealth of female entrepreneurs and business owners who are really driving ambition and change in Scotland.

“We collaborate regularly with organisations such as Women Enterprise Scotland, Scottish Women in Technology, Women in Agriculture, Radiant & Brighter, Scottish Enterprise, universities, Scottish Edge, Converge and Elevator to name but a few and I see women with drive, passion and courage to go it alone and start their own business. The time couldn’t be more apt for us to really mobilise this energy and make some meaningful changes.

“I am delighted that today we officially launch the Royal Bank of Scotland’s Back Her Business programme which will help make some of that change happen.”

Recently, Royal Bank of Scotland’s Rose Review unearthed the fact that only 5.6% of women run their own business and further bank data also shows that women are half as likely as men to start a business.

Back Her Business will offer financial support to help businesses get off the ground but by using the bank’s Entrepreneur Accelerator programme, its Women in Business proposition and its industry experts, the initiative will offer bespoke training and coaching, networking opportunities and local events to help concepts reach the market and grow.

Malcolm Buchanan added: “The Rose Review, and the bank’s Global Entrepreneurship Monitor and Enterprise Tracker all reveal a worrying trend amongst would-be female entrepreneurs. We were told that they felt there was a lack of appropriate finance, mentoring, role models, local support and tailored advice and with Back Her Business, we want to tackle this head on.”

Back Her Business is part of Royal Bank of Scotland’s wider commitment to helping female entrepreneurs in any way it can. As well as the lack of financial structures that the bank has found to support women, it also commissioned research into the psychological challenges facing females in business and one condition in particular came to the fore – Imposter Syndrome.

The condition is a feeling of self-doubt, where an individual will question their accomplishments and believe that they are not as competent as others perceive them to be. Too often, the bank has come across these barriers preventing women from starting their own business and applying for funding. To delve into the scale of this barrier Royal Bank of Scotland commissioned research which found that of women who had considered starting a business but didn’t, 60% said it was due to factors such as a lack of confidence, not feeling like they are the type of person who could start a business or feeling they wouldn’t deserve to succeed despite their skills.

According to the Rose Review, if women started businesses at the same rate as men, it would add £250bn to the UK economy, a figure equivalent to four years’ of natural GVA growth.

Rob Love, CEO of Crowdfunder said: “This is a brilliant opportunity for more women across the UK to turn their ideas into reality. Crowdfunding has been proven to help women validate their ideas, build confidence and raise the funds they need to make their ideas happen: more than half of our crowdfunding community is female. So we look forward to providing the inspiration and support,  alongside Royal Bank of Scotland, needed to help more female entrepreneurs get their business ideas backed.”