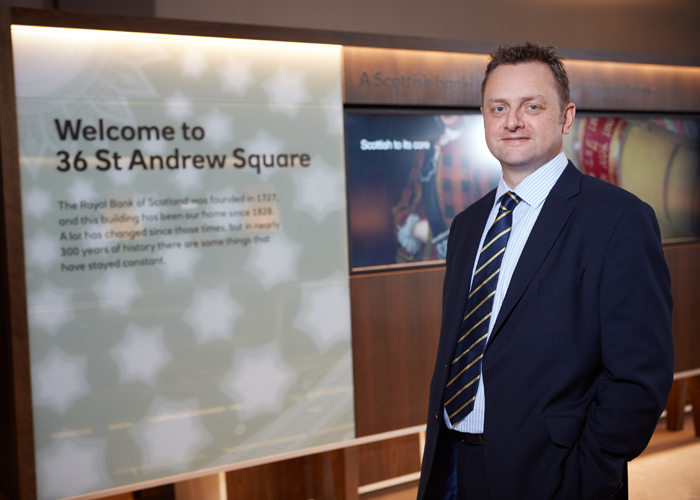 THE latest Royal Bank of Scotland PMI® data indicated a softer expansion of private sector output across Scotland in May, with the seasonally adjusted headline Royal Bank of Scotland Business Activity Index – a measure of combined manufacturing and service sector output – falling from 58.9 in April to a three-month low of 55.9 in May. Slower increases in output were seen across both manufacturing and service sectors, with the former noting the slower rate of growth overall. Meanwhile, total new work increased at the softest pace for four months, which was partly due to a renewed fall in new business at goods producers. On a more positive note, overall employment rose at the fastest pace since October 2021 amid a stronger upturn in backlogs of work.

May data signalled a rise in total new orders placed with private sector firms in Scotland. The upturn was driven by a strong increase in sales at service providers, as manufacturers noted a renewed fall in new business. As a result, composite new orders expanded at the softest rate for four months, albeit one that was solid overall. Where a rise was seen, firms often noted improved market conditions and an ongoing recovery from the pandemic, which had helped to lift customer demand and support new client wins.

The increase in new business in Scotland was broadly in line with that seen across the UK as a whole in May.

Business confidence remained upbeat regarding the year-ahead outlook for activity in May. The overall degree of confidence strengthened from the 18-month low in April but remained among the weakest seen over this period. Respondents were generally hopeful of a strong economic recovery and greater sales activity in the coming 12 months.

While business optimism slipped for the fourth month running at the UK-level, it was nonetheless stronger than that seen in Scotland.

Workforce numbers rose across Scotland’s private sector again in May, thereby extending the current run of expansion to 14 months. Moreover, the rate of job creation quickened from April to the sharpest since last October. According to panellists, higher customer demand and greater business requirements led companies to increase their headcounts, with both manufacturers and service providers noting increased staffing levels.

That said, the upturn in workforce numbers in Scotland remained weaker than the UK-wide average.

Latest survey data signalled a rise in work outstanding at Scottish firms during May. The respective seasonally adjusted index posted above the 50.0 no-change threshold for the fourteenth month running, pointing to growing pressure on operating capacities. Moreover, the rate of accumulation was the fastest since October 2021 and solid. Survey respondents stated that rising amounts of new work, staff absences and supply-chain disruption had driven the latest increase in backlogs.

Notably, the rate of backlog accumulation in Scotland was the second-quickest across the 12 monitored UK areas in May, with only the South West recording a stronger rate of growth.

Scottish firms signalled the second-quickest rise in average cost burdens on record during May, with the rate of inflation easing only slightly from April’s all-time high. A combination of rising wages, supply bottlenecks, material scarcity, Brexit, and the war in Ukraine were blamed for the latest surge in prices. That said, the increase in operating expenses was the slowest seen across the 12 monitored UK regions.

Charges levied by private sector companies in Scotland rose for the nineteenth consecutive month in May. Firms often mentioned raising their prices due to the recent surge in input costs. The rate of output charge inflation eased slightly to a three-month low, but remained rapid overall.

“May data showed a further expansion of output across the Scottish private sector, but growth softened from the 11-month high seen in April. The loss of momentum was reflective of slower increases in activity across both the manufacturing and service sectors, with the former seeing only a marginal upturn in output. Nonetheless, respondents continued to report improving market conditions and strengthening demand, which in turn boosted activity. Moreover, the sustained uptick in new orders and efforts to expand capacity helped to drive the fastest increase in employment for seven months.”

“Ongoing shortages of materials and supply bottlenecks contributed to a further rise in work outstanding, and also drove up prices. Overall inflationary pressure remained intense, with both input costs and output prices rising at near-record rates in May.”

“Downside risks to the economy loom large, with increased global economic uncertainty and surging costs among key headwinds. Although companies generally anticipate economic activity to continue to recover over the next 12 months, overall sentiment remained weaker than that seen across the UK as a whole.”