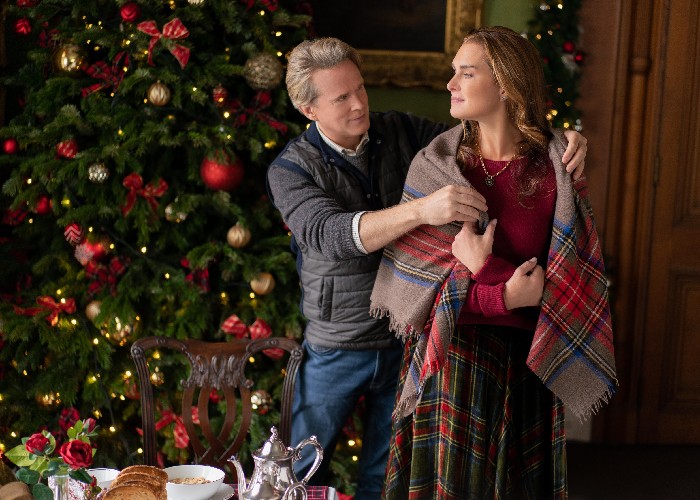 A Castle for Christmas

CHRISTMAS has come early for screen tourism in Scotland with a selection of feel-good films released in the run-up to the festive season to inspire potential visitors as they coorie in.

Romantic comedies, Falling for Figaro, The Princess Switch 3: Romancing the Star and A Castle for Christmas, which were filmed across Argyll, Glasgow, Highlands and Lothians, will all be available to stream on Netflix from this month.

Both The Princess Switch 3 and A Castle for Christmas were filmed during the pandemic, with the latter the first major studio production to shoot in the Edinburgh area as Scotland emerged from the first national lockdown period. Filming for Falling for Figaro took place in the winter months of 2019/20 prior to the first lockdown.

It was a return to Scotland for on-screen star, Vanessa Hudgens, for the third instalment of The Princess Switch series having filmed the sequel, Switched Again, here in early 2020.

Scottish screen locations for each film:

The trio of films join a host of others which have used Scotland as a backdrop and been released in recent years, including No Time To Die (filmed in the Highlands), Fast & Furious 9 (filmed in Edinburgh), and Eurovision Song Contest: The Story of Fire Saga (filmed in Glasgow and Edinburgh).

It is estimated that around one in five visitors are influenced to travel to Scotland due to on-screen locations. With the rise of streaming services and increased availability of watching Scottish-set films years after their release, screen tourism could play a more significant role in attracting visitors and boosting Scottish tourism.

For example, The Crown, another Netflix series which has filmed in Scotland, is estimated to have been watched by more than 100 million subscribers since its launch, showing the potential audience that streaming services can capture.

Jenni Steele, Film and Creative Industries Manager at VisitScotland, said: “Scotland is full of places for a romantic, winter escape, and this festive season, film fans will have the chance to enjoy some on-screen romantic escapes with the release of a host of feel-good movies shot in Scotland. We know films and television shows influence visitors in choosing their destination and so the more on-screen appearances there are of our stunning landscapes and heritage, the more opportunities they offer for inspiration.”

Rosie Ellison, of the City of Edinburgh Council’s Film Office ‘Film Edinburgh’, said: “A Castle For Christmas was the first major drama to get back up and running in Scotland following the initial lockdown, working under challenging conditions to ensure they complied with the strict Covid-19 filming guidelines.

“Filming has made an important contribution towards the city’s post pandemic recovery and, through our early adoption of Covid-19 Location Filming protocols, we are proud to have been able to attract and support filming in the region.”

In the third instalment of The Princess Switch star Vanessa Hudgens once again plays three different characters, as the trio go in search of a precious relic from the Vatican which has been stolen.

In Falling for Figaro, a young American fund manager (Danielle Macdonald) leaves her job and long-term boyfriend in pursuit of her lifelong dream of becoming an opera singer. Her search takes her north to the Scottish Highlands and singing teacher, Meghan Geoffrey-Bishop (Joanna Lumley).

Bestselling American author Sophie (Brooke Shields) journeys to Scotland in A Castle for Christmas where she falls in love with a castle. But her plans to buy are put in jeopardy when the owner, a grumpy Scottish Duke named Myles (Cary Elwes), is reluctant to sell to a foreigner.