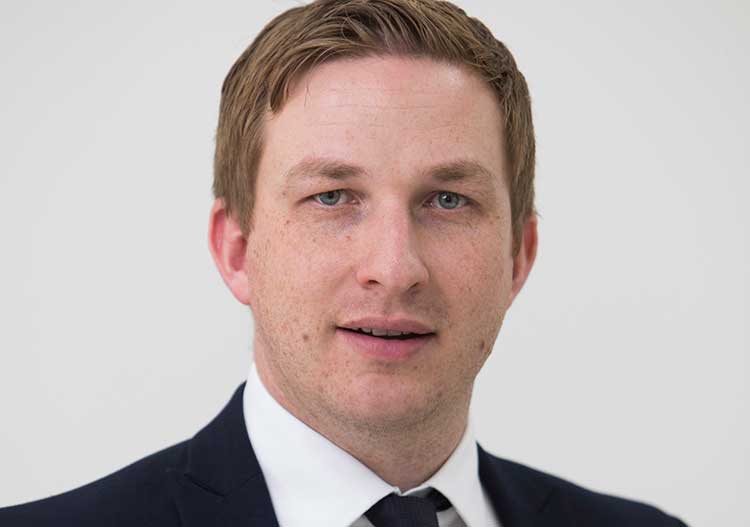 Despite a lower level of take-up than recorded in the previous 12 months (the second highest level recorded since 2008), the acute shortage of accommodation at all levels of the market is maintaining the pressure on both headline rents and incentive packages.

Beverley Mortimer, senior surveyor at CBRE commented: “We expect the upward trajectory of headline rents for the best new build and second hand space to continue.

“Levels of office take-up in Edinburgh remain encouraging, with 16 deals surpassing the 10,000 sq ft mark. A number of deals in the pipeline are expected to complete by the end of Q4 2019, and we anticipate the total take-up for the year will be close to 700,000 sq ft.”

The capital market also continues to prove popular with investors attracted by the market dynamics, with office investment volumes for the year to date materially ahead of the long-term 12 month average.  Notable Q3 office investment deals include CBRE’s acquisition of the Centrica HQ at Waterfront Avenue in Edinburgh for £26.9m on behalf of BLME, and Ambassador Group’s acquisition of Broadway Park at South Gyle in Edinburgh for £28m.

Alistair Wright, associate director in CBRE’s Capital Markets team commented: “2019 has been dominated by international capital but it is encouraging that in Q3 we have witnessed UK capital activity in the acquisition of Causewayside House and Broadway Park. Whilst traditionally Q4 has witnessed a rush of activity, we anticipate this to be limited until negotiations between Westminster and the EU are progressed.”

Derren McRae, head of CBRE in Aberdeen, commented: “Momentum in the Aberdeen office market continued into the third quarter.

“The acquisition of 50,000 sq ft at B3, Aberdeen International Business Park in Dyce by Oceaneering represents the largest deal in Aberdeen in the past three years, and was part of a wider consolidation exercise by the company which will also see it build a new purpose built 88,000 sq ft industrial facility at D2 Business Park.  This deal demonstrates that there continues to be excellent opportunities in the market for occupiers to upgrade their accommodation without necessarily having to increase occupational costs.

“Looking ahead to the end of 2019, we are of the view that the 400,000 sq ft mark recorded in previous years will be surpassed as a consequence of transactions scheduled to complete in Q4.”

Office take-up in Glasgow for the third quarter of 2019 was exceptionally strong, totalling 352,211 sq ft – the highest level of Q3 office take-up in over ten years – and bringing the year-to-date total to 611,712 sq ft.

The Q3 figure was significantly bolstered by the letting of 272,858 sq ft at One Central on Argyle Street by JPMC, which was the only deal from the quarter to surpass 10,000 sq ft. Of the remaining 24 deals, over half were under 5,000 sq ft, yet occupier demand for larger floorplates remains prominent, as proven with the number of active requirements out in the market at the moment.

Overall Glasgow city centre office supply has risen slightly and now sits at 1,082,569 sq ft (a vacancy rate of 8.07%), with a further 185,222 sq ft rumoured to be under offer. As with previous quarters, a concern that continues to trend is the lack of Grade A office supply in Glasgow, with just 6,000 sq ft currently available on the market representing a vacancy rate of 0.04%.

Alistair Urquhart, associate director at CBRE, said: “The Glasgow office market performance for the third quarter was exceptional, with JPMC’s acquisition of 272,858 sq ft at One Central significantly increasing take-up. The deal is fantastic news for Glasgow, especially so soon on the back of the recent Barclays deal at Buchanan Wharf.

“Helping to address the city’s lack of Grade A space are the two schemes under construction at 2 Atlantic Square and 177 Bothwell Street, due for completion in Q3 2020 and Q2 2021 respectively, along with the comprehensive refurbishment of 55 Douglas Street scheduled to complete in the final quarter of 2019. Occupiers continue to be drawn to ‘best in class’ offices and all three have already attracted a lot of interest. We anticipate that demand may see rents at the two new developments grow to exceed the current £32.50 sq ft headline rent for Glasgow.

“Overall, demand for office space in Glasgow remains high, and we are optimistic for a strong end to the year, with the total take-up for 2019 expected to bypass the 5-year average of 700,974 sq ft following the strong Q3 performance.”

Investment activity in the Glasgow office market also remained strong into the third quarter, with notable deals including the acquisition of 123 St Vincent Street by Longmead for £37.75m.

Martyn Brown, a director in CBRE’s Capital Markets team, said: “Despite political uncertainty, the UK and Scotland is still witnessing significant investor demand from UK private equity and overseas capital, driven in part by the strength of the occupational markets. Scotland also offers good value to investors, with Glasgow prime office yields at 5% net initial yield and Edinburgh at 4.75%. Yields in Europe are comparatively ‘hot’ just now with prime office yields in Germany being 2.9%, 3% in the Netherlands, 2.8% in France and Switzerland, and 3.5% in Spain.”