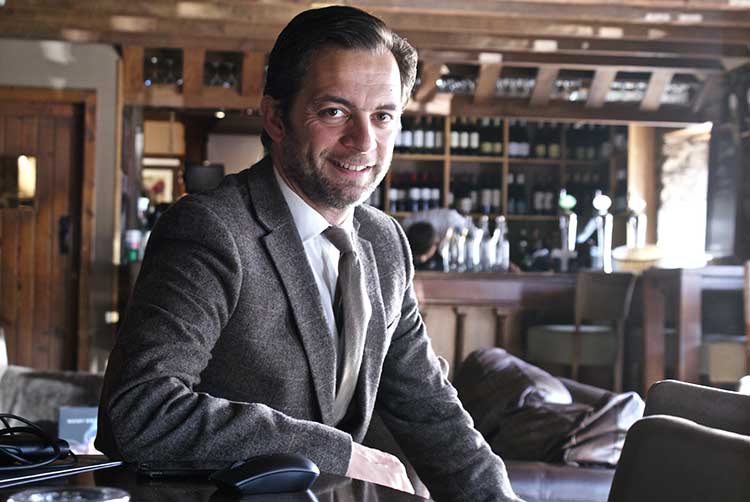 An Inverness hotel and site of a future micro brewery has undertaken a six figure restaurant refurbishment as part of a multi million pound rolling package of fresh investment.

The Glen Mhor Hotel in Inverness, on the Ness Bank, has undergone significant growth since 2011, moving from 44 rooms to 111 rooms through prudent investment and a series of high profile, staged, acquisitions.

Now the business is focusing on making its recently acquired Waterside Restaurant one of the city’s most vibrant places to eat, as part of a complete revision of its food and beverage offering.

The Waterside Restaurant, benefitting from views and a terrace overlooking the river, has been revamped, with local and international chefs on board to serve Scottish and European dishes alongside traditional family dining.

In a further move, one of the Glen Mhor’s previous eateries will close to become Nicky Tam’s Whisky and Wine Bar, with a new manager- and specialist in whiskies, Scott Sutherland, now on board.

“With the refurbishment and new focus, our aim is to have a ‘funky’ food and beverage offering. We are looking to up the game.

“When we took over the Waterside Restaurant, it had a name and reputation. We decided to keep that but refurbish. We are going to introduce a winter terrace so people can benefit from the best views in the city, all year round, and there has been significant work in the interior.

“There are few places in Inverness with river views, close to the city centre, with free parking. We wanted to offer food, drink and the atmosphere to match the experience, serving quality Scottish and European dishes alongside recognised family favourites.”

The purchase of The Waterside also means the hotel can boost its wedding portfolio from 10 weddings per year to between 50 and 100.

With the Inverness Brewery project also to come on stream, the Glen Mhor has appointed a new Operations Manager, Graeme Twaddle, at a vital time in its development.

However, before moving onto further room investment, the focus will be on making the hotel a ‘must visit’ place to eat and drink in the highland capital.

“As well as the Waterside Restaurant, moving Nicky Tam’s back to being more of a bar will be exciting. It was once a very popular place in Inverness and, with our whisky specialist, 130 malts and over 30 wines by the glass, we think a whisky and wine bar will prove to be a unique attraction in the city,” added Mr Moine.

Glen Mhor owners Jon and Victoria Erasmus secured consents to build a state-of-the-art micro brewery and visitor attraction on a gap site at the hotel after councillors initially refused the plan.

The project will form part of the next phase of growth.