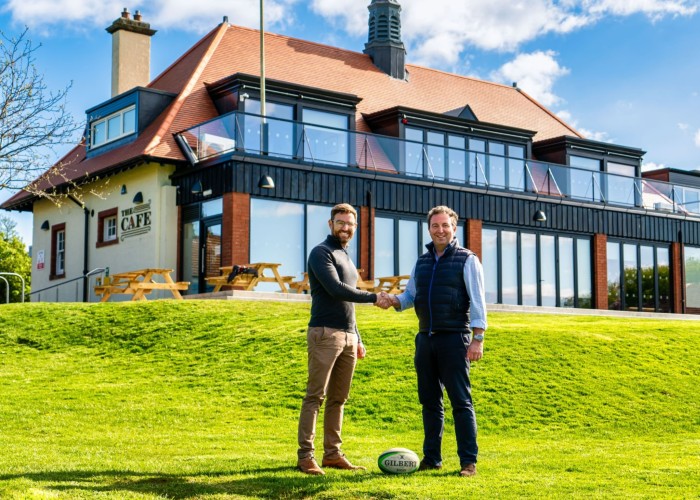 The announcement has been made in the build up to the Sarah Beaney Cup final at BT Murrayfield on May 14 where Watsonian’s women’s team will face Hillhead Jordanhill RFC.

The developer is now sponsoring the women’s, men’s, Super 6 and Warriors teams with the Qmile Group logo featuring on playing and training kit.

In addition, Qmile Group has supported the creation of a girls’ rugby section. The developer was also headline sponsor of Watsonian Warriors’ annual mini rugby tournament which attracts up to 600 children and their parents from clubs throughout Scotland.

Qmile Group is currently delivering a £150m residential development at Craighouse which neighbours Watsonian FC’s Myreside ground. Once complete, Craighouse will comprise a mix of 145 luxury townhouses and apartments.

The 52-acre development offers both new build properties and conversions, including Category A-listed buildings, in what is one of Edinburgh’s newest and most desirable communities.

Qmile Group is also developing the £350m Haymarket Edinburgh scheme in the West End of the capital which includes Grade A offices, a hotel and retail accommodation to create a world-class place for business, leisure and hospitality. The developer previously delivered Quartermile, Edinburgh city centre’s landmark £750m mixed-use development.

Commenting on the partnership, Watsonian FC director of rugby, Chris Hunter, said: “This is an incredibly exciting announcement as we extend our partnership with Qmile Group whilst also widening the partnership to the whole club.

“The foundations were set with the previous deal working with our youth section, the Warriors. However, the relationship has grown, and we are thrilled that Qmile Group will now be one of our principal partners at Myreside.

“It has been great working with Qmile Group chief executive, Paul Curran, and sales and marketing director, Jan Welsh, who both share a huge passion and vision for sport within the community.

“Due to that, a big focus on our enhanced partnership has been to get our girls rugby section off the ground to complement our already very successful women’s team. It is therefore fitting that we make this announcement as we head towards the Sarah Beaney Cup final.”

Watsonian FC was founded in 1875 as a club for former pupils of George Watson’s College. Since its inception, the club has fielded more than 70 Scottish internationalists, including five Scotland captains and seven British & Irish Lions.

Qmile Group sales and marketing director, Jan Welsh, added: “Our sponsorship of the Warriors proved to be a highly successful initiative, so we are very pleased to extend our club sponsorship and become a principal partner.

“It is especially pleasing to have helped support the creation of the girls’ section and to see the women’s team make the cup final.

“With our Craighouse development so near to Watsonians, and with many people now living there, we wanted to develop a close community relationship with the club.

“We are looking forward to further growing our relationship with the Watsonians and contributing to the club’s ongoing success, both on and off the pitch.”