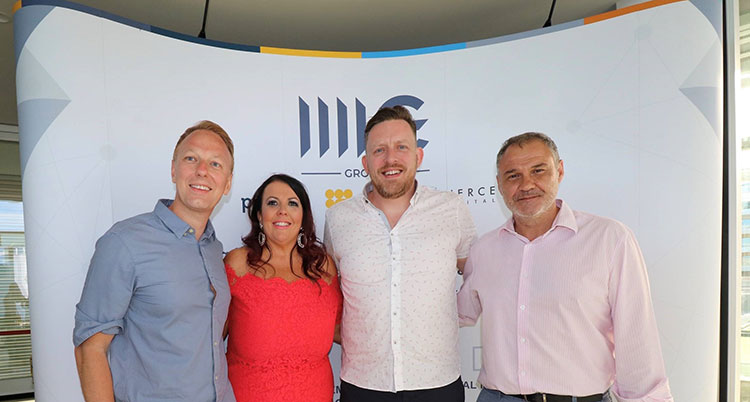 Glasgow-headquartered tech lead generation agency Pursuit Marketing, part of the 4icg Group, has achieved a 33% growth in turnover after generating record revenues in excess of £4m in its last financial year, ending June 30 2019.

The financial results posted by Pursuit saw revenues grow to over £4m compared with £3m for the previous financial year, 2017-18.

The privately-owned company, founded in 2011, attributed its strong growth to increased demand from the world’s largest technology companies, ongoing international expansion and steps to improve productivity including its renowned four-day week and industry-leading employee benefits.

The business, which recently appointed renowned entrepreneur Brian Williamson as its Chairman, has experienced exceptional growth since receiving Regional Selective Assistance (RSA) funding last year. The £450,000 package was granted to help Pursuit recruit scores of new staff for its flagship headquarters in Finnieston.

The senior roles ensured Pursuit could maintain its competitive advantage and achieve its ambitious targets following the development of in-house technologies, and the introduction of a digital marketing function.

In addition, the company opened its first European office in Malaga in April of this year, to help service its increasingly international roster of clients.  Pursuit now employs around 180 staff across its two sites and is seeking to recruit a further 70 employees this year.

Pursuit Marketing has been widely recognised as one of the country’s top employers, winning a raft of awards for its approach to promoting a healthy work-life balance. Two years ago, it introduced a four-day week for full-time pay, boosting productivity by about 30%. Among the other benefits it offers are daily fitness classes, access to free mental health support and term-time only employment to parents who require time off during the school holidays.

Employees have also been taken on all expenses paid trips to Barcelona and Tenerife as a reward for their hard work. Another company holiday is scheduled for Winter 2019 to celebrate the most recent financial year’s success.

Patrick Byrne, a founding director of the business said: “We are delighted with our latest financial results, which are a testament to our hard-working team, and increased demand from our clients spanning 32 countries worldwide. As a result, we are now evaluating options for larger office accommodation in Glasgow, as well as additional offices in Europe and potentially the US or Canada.