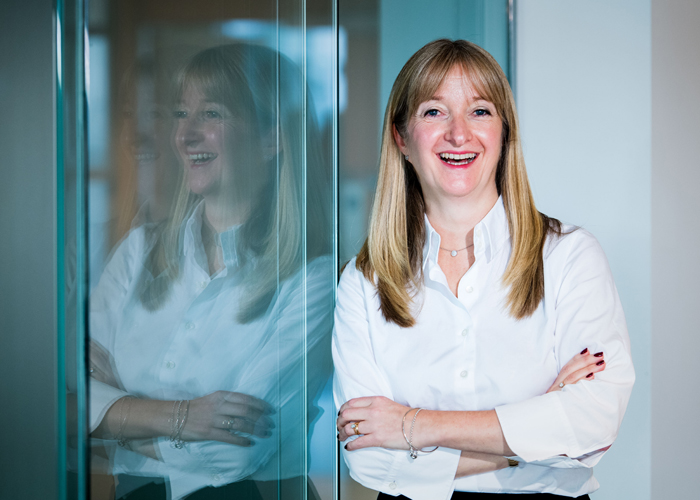 As a purpose-led business, the firm measures and assesses its performance against four core metrics – client focus, people and development opportunities, Environmental, Social and Governance (ESG), and commercial results.

Notable achievements for its Scottish offices in the last year included completing the move of more than 200 staff into a new 25,000 sq ft office in Edinburgh’s Capital Square development which was designed to meet the company’s environmental objectives and to promote well-being.

The firm’s commercial property team acted on three of Scotland’s largest property deals – advising HFD on the development of 177 Bothwell Street in Glasgow, a 313,000 sq ft single office building which was fully  pre-let; represented Barclays on the development of its 450,000 sq ft campus at Tradeston in Glasgow; and advised Aviva on the new  M&G/Prudential offices being developed in Stirling.

“Delivering good growth underpinned by healthy financial performance has led to an encouraging FY21/22 financial year. Sector-led and commercial expertise combined with a blend of professional services skillsets and the use of process and technology has enabled us to advise on a number of high-profile purpose-led projects such as Ireland’s first ever energy storage project, the Equality Law group’s work with St Modwen to address gender imbalance across their business and our data trust work which seeks to harness the power of data to tackle societal issues such as food poverty.”

“Half of the lawyers promoted to Partner in our Scottish offices in May were female, which underlines the firm’s commitment to gender equality.”

“Health and safety and real estate specialist Katherine Metcalfe in Glasgow and employment expert Claire Scott in Aberdeen have made significant contributions to our success and are a welcome addition to the Partnership, while the promotion of Geraldine Kelm, who is head of account management in the UK and Asia Pacific for our flexible legal services division Vario, is another step towards us building a professional services firm with law at its core.”