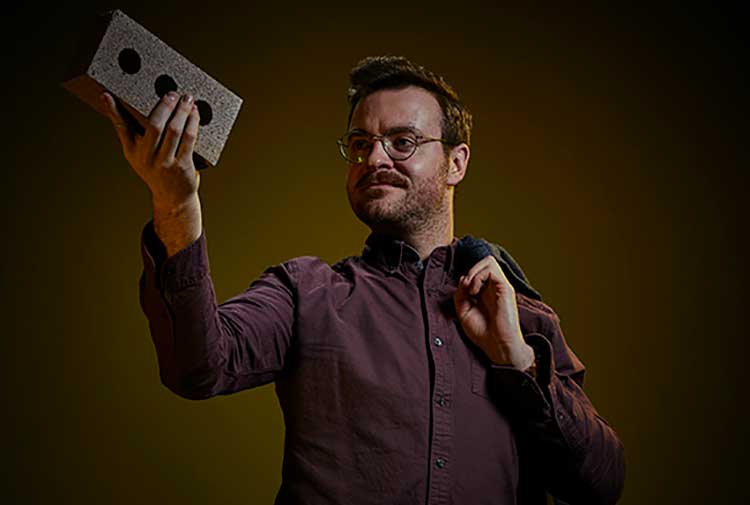 Dr Sam Chapman, a Royal Academy of Engineering Fellow, Heriot Watt University and winner of the Design and Creativity Awards at the 2018 Converge

Entrepreneurship is alive and well and accelerating to new heights in Scotland’s Universities as evidenced by the growth and breadth of submissions to Converge, Scotland’s leading company creation programme for the Higher Education sector.

This year’s pool of candidates come from a diverse range of industries including a med-tech coating device to prevent the spread of bacteria, a social enterprise aiming to tackle isolation and loneliness associated with deafness and a video game to improve your singing voice.

The top three performing sectors were Life Sciences, the Creative Industries and Technology and Engineering. Entrants are now chasing a total prize fund of cash and in-kind support worth £230,000 which will be awarded at the Converge final in September.

Converge support to alumni companies has been boosted further through a new partnership with Techstart Ventures LLP, a leading investor of seed capital across Scotland and Northern Ireland. The aim of the fund is to accelerate the growth of early-stage, ambitious businesses.

The partnership is great news for Converge alumni looking to significantly grow and scale their businesses as they can now benefit from dedicated access to the Techstart Ventures team. In Scotland, Techstart manages the Scottish Growth Scheme – Techstart Ventures Equity Finance LP Fund which is a £20m early stage venture capital fund that has been financed by support from the Scottish Government and the European Regional Development Fund from the 2014-20 European Structural Funds Programme in Scotland.

“We have been following the Converge success story for a number of years, the quality and ambition of alumni coming through the programme is very high. We were delighted that the first investment from our new fund was into a company founded by a Converge alumni and look forward to supporting the growth aspirations of many more alumni in the future.”

“Our partnership with Techstart Ventures will enhance the opportunity for Converge businesses to access the funding they need to grow and scale”.

“This year sees the ninth Converge and I am delighted to see several milestones reached. I am thrilled that female entrants make up 47% of overall applicants and that we continue to build a national consensus whereby applications were received from every Scottish University. This encourages the continuous building of the entrepreneurial environment across our higher academic institutions in the country.

“We applaud every University’s significant response to this year’s Converge. It remains a thriving innovation and enterprise ecosystem, and a world-leading community of researchers, staff and students who are taking their future into their hands and are courageously identifying new commercial opportunities.

Three days of intensive business training and networking now await our participants with the very best proposals going forward to our Awards final in September”.

UK will fail to deliver the electric vehicle infrastructure needed by 2030, with four in five EV drivers calling on government to “do more”