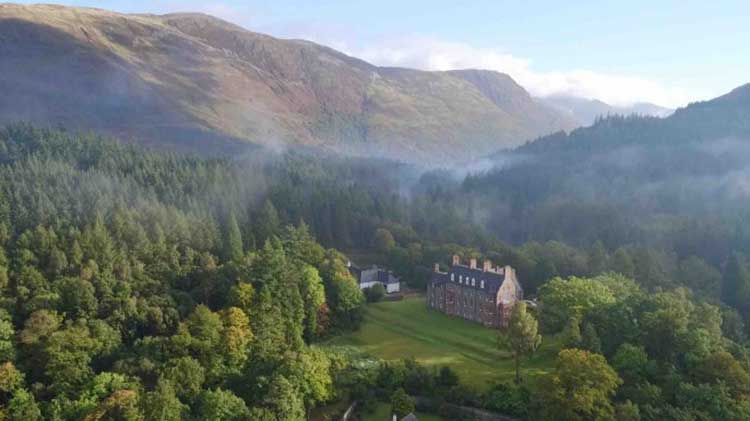 The Scotland-based Perle Hotels has purchased the five-star Glencoe House Hotel. The hotel, which has 14 suites, overlooks the sea loch and mountains around Glencoe.

Glencoe House was built by Lord Strathcona in 1896 and offers the perfect site for those interested in exploring the stunning highland landscape, getting a taste of walking in one of the most beautiful parts of Scotland or even tracing their genealogy. Glencoe is steeped in history and perhaps best known for the bloody massacre in 1692 between the Campbell and the MacDonald clans.

The house was purchased by Roger Niemeyer in 2011 and over the last few years he and Judy Pate have lovingly restored and brought this stunning property back to its former grandeur.

As part of the sale of Glencoe House, all existing employment contracts will be honoured and all staff will continue working for Glencoe House, which will be owned & operated by Perle Hotels.

Fasih Rehman, CEO of Perle Hotels, says: “Glencoe House Hotel and its team are a fantastic addition to our growing hotel group. We appreciate what a very special place Glencoe House is, but also the very high standards at which it operates now and we intend to build further on these in the future.”

Glencoe and the surrounding area are well known for walking locations such as Rannoch Moor, The Hanging Valley and the beautiful Lochens, not to mention the nearby Ice Factor indoor ice-climbing centre for those wishing to have-a-go at developing their climbing techniques.

Perle Hotels currently owns and operates four hotels in Scotland; in Portree, Inverness and Oban. The Marmalade and Bosville Hotels overlook the harbour in Portree. The Perle Oban is located on the harbour in Oban and Lochardil House Hotel is a short distance from the centre of Inverness. Perle Hotels was established in 2014 and has grown rapidly in the past five years.

Perle Hotels is also continuing work on expanding the award-winning Marmalade Hotel. Currently just 11 bedrooms, the extension will add 23 extra bedrooms in order to meet strong demand to stay at Marmalade, as well as a new lounge area.

Phase two of the work is due to begin in October 2019, with the full extension expected to be open to guests by April 2020.