Orkney’s The Standing Stones Hotel is brought to market by DM Hall at offers over £675,000 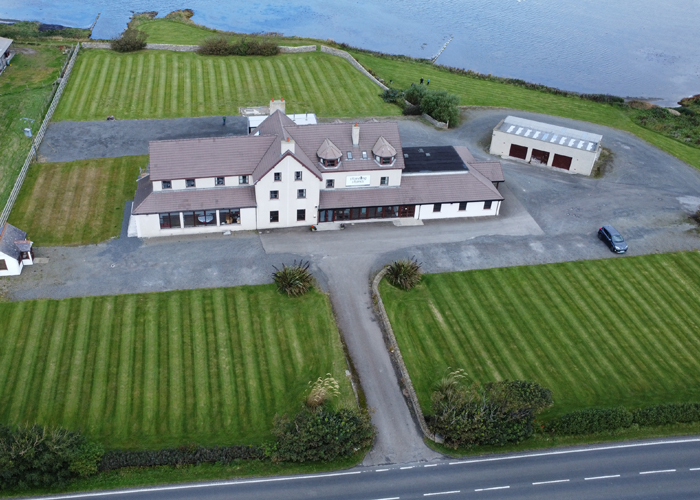 The Standing Stones Hotel in Orkney

THE Standing Stones Hotel in the Orcadian hamlet of Stenness, a licensed hotel with 17 en-suite first and second floor letting rooms, planning permission for a further 20 bedrooms and a large function suite, is being marketed by DM Hall at offers over £675,000.

Stenness is world renowned for several notable prehistoric monuments making it a popular destination for tourists throughout the year. The Standing Stones forms a good base for touring historical sites including the Heart of Neolithic Orkney, a New World Heritage Site comprising the Ring of Brodgar, Skara Brae, the Stones of Stenness and Maeshowe, all of which are within easy reach of the hotel.

Orkney is an archipelago of 70 islands situated six miles from the north east tip of the Scottish mainland. The largest of the Orkney islands is referred to as the mainland which has good ferry and air connections to the British mainland.

A detached traditional hotel originally built in 1896, The Standing Stones has been modernised and extended over the years and was actually rebuilt in the nineties. At ground floor there is a reception with office, large bar/restaurant which can accommodate over 100 covers, lounge, commercial kitchen, prep area and function room which can accommodate up to 250 people.

The hotel operates all year round and is popular with tourists during the summer months. Planning permission was granted in June 2020 for a 20-bedroom extension which will allow the hotel to accommodate large coach tours and has the potential to increase the turnover of the business. Trading accounts are available upon request to seriously interested parties.

Margaret Mitchell of DM Hall who is overseeing the marketing process, said: “This is a great opportunity to acquire a successful, busy and readily managed hotel which, as a result of its unique location, is itself something of a landmark, and is known by reputation across much of the world.

“With the option of further expansion to meet demand, acquisition would suit an experienced, ambitious hotelier keen to live and work in one of Scotland’s most special locations. Our clients are seeking offers over £675,000 for the property, fixtures and fittings.

“Viewing is strictly by appointment and arrangements can be made by contacting me, Margaret Mitchell MRICS, Surveyor, on 07919574184, or Margaret.mitchell@dmhall.co.uk .”

With 24 offices and over 250 members of staff including 24 Partners, DM Hall last year celebrated 125 years since its foundation in 1897.