OPITO names 2019 Apprentice of the Year 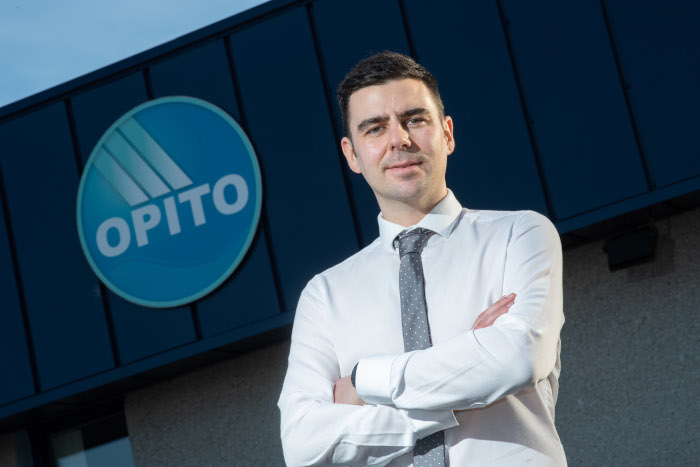 A 33-YEAR-OLD from Dundee who decided to switch careers and enter the oil industry has been named 2019 Apprentice of the Year by the global energy skills organisation, OPITO.

Gavin Brown had been working as a petrol pump designer when he decided it was time for a change. From a field of 1500 applications, he secured a coveted place in the Oil & Gas Technical Apprentice Programme (OGTAP) and has just completed his second year as an instrumentation and control maintenance apprentice.

He is now set to continue his training offshore in May with his sponsor TAQA.

“It is a great honour to be chosen for this award,” said Gavin. “Going to an office and sitting behind a computer wasn’t the lifestyle I wanted and I found the oil and gas industry appealing.

“I have several friends working in the sector, all of whom had either been trained through the OGTAP scheme, or spoke of OPITO very highly as the industry leader in training, so I decided to apply for an apprenticeship.

“Initially I thought I might be too old for an apprenticeship, but then saw others my age, and even older, successfully pave the way so I took part in an online assessment. I was then invited for an interview and was delighted to be selected as an instrumentation and control maintenance apprentice.

“The OGTAP apprenticeship is regarded as the gold standard all around the world and I hope that will open doors for me and create great routes and opportunities for progression. I am ambitious and my ultimate goal is to become an offshore installation manager, but my initial aim is to gain as much experience as I can and see where it takes me.

OGTAP, which is managed by OPITO and the ECITB, is one of the UK’s largest industry-led apprenticeship initiatives and has brought around 2000 young people into the oil and gas industry since its inception in 1999. It has one of the highest achievement rates in the country and is currently sponsored by 19 oil and gas operators and major contractors.

Apprentices attend an industry selected college for 21 months to gain required qualifications before spending two years with a sponsoring energy company. During this time they receive expert training and mentoring, gaining industry specific skills as well as an SVQ Level 7 in their chosen discipline.

The best performing OPITO candidate is nominated by college tutors and OPITO mentors for the annual award and they are interviewed by a panel of judges to select the winner.

OPITO CEO John McDonald, who presented the Apprentice of the Year award said: “This was a very challenging decision for the panel to make because of the extremely high calibre of all four finalists.

“Each of the nominees demonstrated ambition, determination, self-motivation and a willingness to work hard to reach the top of their professions. The ability to work in a team, as well as lead from within, also shone through in each finalist.

Our industry is facing a tremendous challenge as we tackle the energy transition, and developing a workforce which is multi-skilled, flexible and technology-enabled is critical. The finalists have shown the flexibility that will be needed not only in the rapidly changing oil and gas industry, but also the wider energy mix

OPITO is working closely with industry not only to ensure that our current workforce is fit for the future, but also those joining in months and years to come. That’s why one of our key focuses right now is to modernise the traditional apprenticeship”.