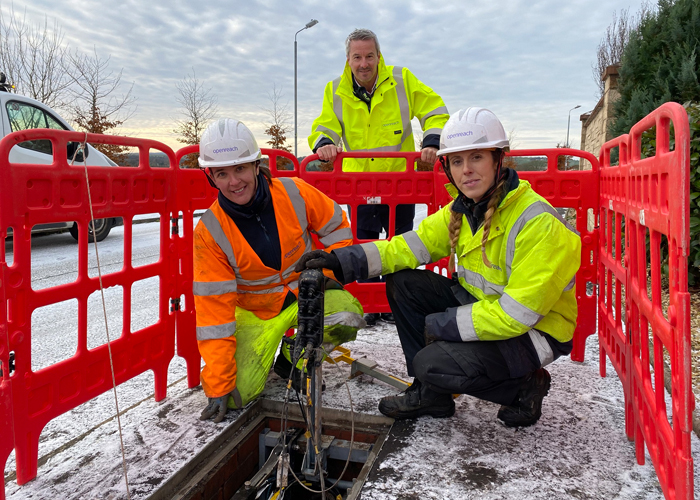 Openreach has reported a positive change in the number of female recruits joining the company in both field and desk roles in Scotland.

OPENREACH has reported a positive change in the number of female recruits joining the company in both field and desk roles in Scotland.

It’s after the UK’s largest broadband network – used by customers of hundreds of companies including BT, Sky, Plusnet, TalkTalk, Vodafone and Zen – made a decision to put the language it uses to recruit employees under the microscope.

Back in January, work started with Linguistic Landscapes and gender bias expert Dr Chris Begeny from Exeter University, which revealed that women were 50 per cent less likely to consider roles that had a coded gender bias.

Since then, significant changes have been made throughout Openreach to the way jobs are advertised, helping drive big improvements in the number of women coming into new roles in 2021.

The company is recruiting some 275 people into roles across Scotland in the current financial year, from the Highlands to the Borders. To date 17 per cent of the intake is female – a statistic that in previous years stood in single digits.

The new recruits are mainly to support the role out of Ultrafast Full Fibre broadband, which has so far reached nearly half a million homes and businesses across the region.

Katie Milligan, Chair of Openreach’s Scotland Board, said: “We’re glad to report that the number of women expressing an interest in a career with Openreach in Scotland is on the rise.

“Research into the language barriers that impact female job applicants has shown that it plays a fundamental role in the recruitment process. We’d like to see more women choose careers in engineering, particularly here at Openreach, so we’ve been trying to address that. I’m delighted to see it’s starting to work.

“Engineering is a varied, stimulating and valuable career and it’s really important that we present it in ways that encourages as diverse a workforce as possible.

“We’ve been amazed to see just how much of a difference subtle changes in language can make. Despite four in five women admitting they wouldn’t consider working in engineering, more than half were interested in an entry-level engineering role once it had been rewritten in a consciously unbiased way.

“Gender imbalance won’t be remedied overnight but we’ve been hugely encouraged to see a significantly higher percentage of women joining our Scottish workforce this year. We’ve set ambitious targets and plans to support the journey – long may the progress continue.”

To that end, Openreach recently published its Diversity and Inclusion Commitments, which include that by 2025, 20 per cent of trainee engineer recruits and 50 per cent of external hires into management will be women.

As levels of ethnic diversity vary across the UK, the company is also setting targets based on regional variations in ethnicity which reflect the local population and, at a minimum, match regional ethnic minority representation.

Openreach has people networks in place in areas such as gender equality, neurodiversity, ethnic diversity and the Pride network, alongside a network of allies who want to create an inclusive workplace for everyone. These communities are growing fast – with 4,000 people now actively working to make a difference.