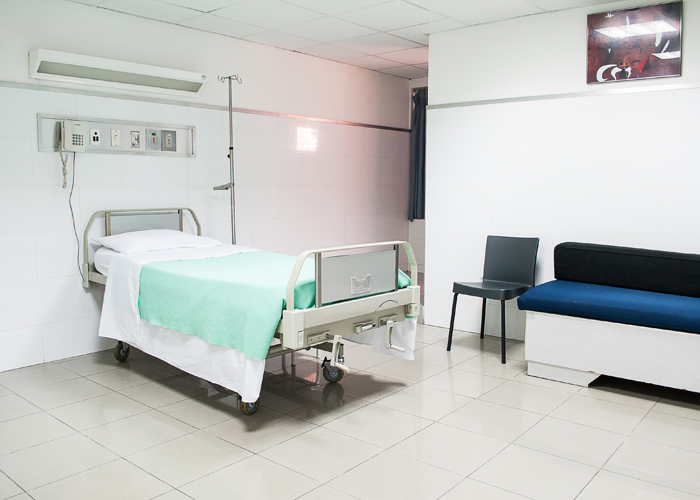 The number of hospital beds in the UK has been steadily declining over the last decade with a loss of almost 25,000 available beds since 2010-11

THE number of hospital beds in the UK has been steadily declining over the last decade, with a loss of almost 25,000 available beds since 2010/11, according to a recent report, ‘Beds in the NHS’ by the Royal College of Emergency Medicine (RCEM).

The RCEM report, published last month, states that the reduction in NHS beds happened too quickly, placing additional pressures on an already overstretched and underfunded health service, resulting in harmful consequences for staff and patients alike.

Why is there a bed crisis in the NHS?

NHS bed numbers have been gradually reducing for decades, and to some extent, this is due to medical advances that improve outcomes for patients and reduce the length of their stay. There has also been a move to healthcare being delivered outside of hospital settings, such as in walk-in centres, day-case units, or in the community.

However, even before the Covid-19 pandemic hit, many organisations including the RCEM and British Medical Association (BMA) were calling for the cuts to bed numbers to be reversed as they were falling too fast in comparison to demand. These pressures were then exacerbated by the Covid crisis, as not only were many beds physically removed to comply with infection control measures but there was also an increased need for hospital beds for patients seriously unwell with the virus, plus other non-Covid patients continued to require care.

It’s also important to remember that while people talk about ‘bed shortages’ each hospital bed not only requires physical space and equipment but also nursing, auxiliary and medical staff to safely care for the patient in the bed.  During the pandemic, with many healthcare professionals becoming unwell themselves or needing to isolate to protect their patients, the NHS not only found itself with fewer beds but less staff too and the NHS is now facing a worsening staffing crisis.

How does the UK compare to other countries?

With ongoing bed and staff shortages and increasing numbers of patients back to using services as they did pre-pandemic, the NHS remains under extreme pressure. A recent video shared on social media shows an A&E nurse telling patients in the emergency department of the Princess Alexandra Hospital in Harlow that there is a minimum wait time of 7.5 hours to see a doctor and no available beds in the trust for patients who need to be admitted to hospital.

A recent RCEM report, Tip of the Iceberg: 12 Hour Stays in the Emergency Department calls the current overcrowding in Emergency Departments dangerous, inhumane and undignified for patients and points to NHS England’s Getting it Right First Time 2021 report, which identified an association between how long a person waits in A&E and mortality risk. In particular, it found that Emergency Department waits of over six hours increased a patient’s risk of death in the following 30 days. Long wait times in A&E are also associated with many other negative outcomes for patients and can even lead to patients experiencing avoidable harm due to lack of or improper treatment or care, which constitutes medical negligence.

To combat the NHS bed shortage, the RCEM recommend that an additional 4,500 beds are put in place immediately, with a  further increase of 8,500 more across the next five years. They also recommend filling the current shortfall in Emergency Department staff and improving the health and social care system, to allow patients to be discharged from hospital when medically well in a timely fashion.