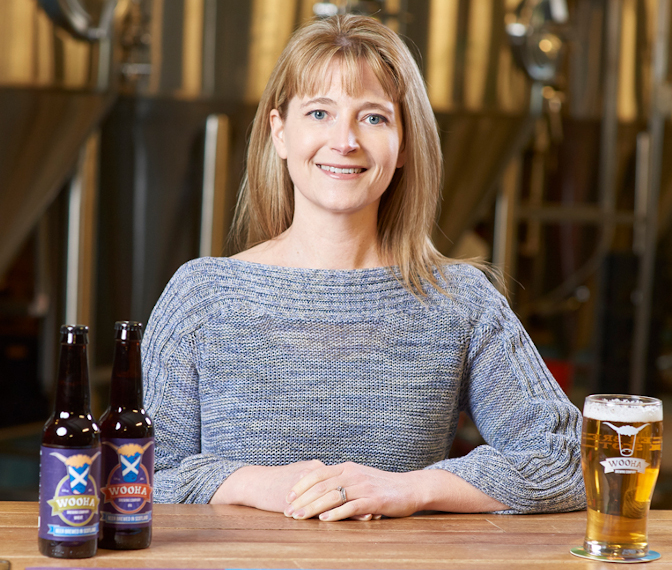 A FEMALE run, fast-growing, North-East brewery has raised over £600,000 in just 19 days from a crowdfunding campaign designed to ‘give everyone a little WooHa’.

WooHa Brewing Company, based in Kinloss in Moray, launched the crowdfunding campaign at the beginning of January and has already surpassed its targets, leading to it shortening the campaign period and planning to close the crowdfunding page this Friday, 31 January.

To date the campaign has raised £612,780 from 199 individual investors. The investment, which is WooHa’s second successful crowdfunding campaign, will be used to support international expansion. WooHa, which describes itself as a bold, ambitious Scottish brewery with a focus on exporting, will now be able to fund a number of new sales staff in international markets and also launch new products, including a 500ml can for its growing Chinese audience.

Investments have started from just £10 and qualifying investors can benefit from tax relief through the government’s EIS scheme. As part of the fundraising process the WooHa team met with dozens of potential investors at roadshow events in London, Manchester, Edinburgh and Inverness this month.

The brewery moved into a new 6.2-acre site in Kinloss in 2017 and recently appointed a new head of sales, Scott McCallion, who brings with him international experience from BrewDog, Red Bull and Carlsberg. The brewery’s current capacity is 5,000 hectolitres per year and the aim is to grow in-house production to 88,000 hectolitres by June 2023, based upon increased demand from the beefed-up sales team.

Heather McDonald, WooHa founder and chief executive, said: “We are blown away by the high level of interest from investors in this campaign and look forward to welcoming nearly 200 new investors to our clan. WooHa Brewing Company is a craft beer brewery with a difference. It has big aspirations, a strong growth plan focused on the export market and an exit strategy to maximise return on investment. We are all very excited about the opportunities this crucial funding will unlock.”