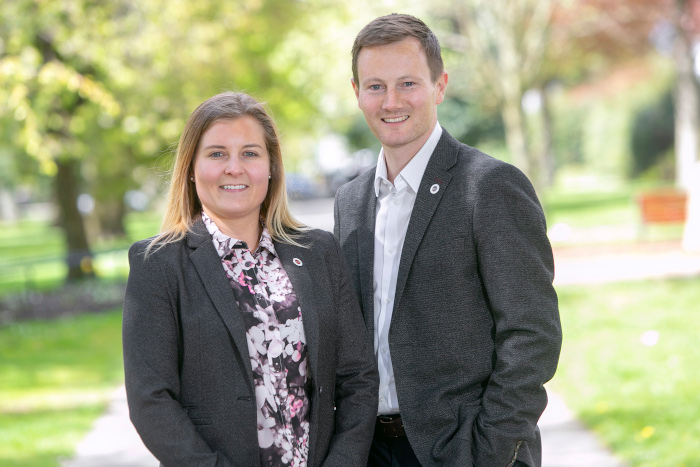 Angela and Bryan Kinghorn, the husband and wife team are executive directors of BNI Scotland North.

A BUSINESS network in the north of Scotland is celebrating following a remarkable year which saw its members generate more than £19m worth of business.

The huge increase in successful referrals – known to members as TYFTB (Thank You For The Business) – was generated across the 16 chapters in the BNI Scotland North region. There are six groups in Aberdeen, two in Dundee, and one each in Inverness, Elgin, Peterhead, Inverurie, Stonehaven, Montrose, Perth and Dunfermline, with more than 380 members in total.

Members across all of the Scotland North chapters passed 17,733 referrals, held 16,860 one-to-one meetings and wrote 717 testimonials last year. The figures are uploaded weekly on to the BNI UK database.

BNI (Business Network International) is the largest face-to-face business networking referral organisation in the world, with more than 270,000 members in over 9,400 groups operating across 70 countries.

The network allows companies the opportunity to meet weekly and help each other grow their respective businesses by referring each other for relevant opportunities. BNI Scotland North is owned by Aberdeen-based husband and wife, Bryan and Angela Kinghorn, who are both executive directors.

Angela said: “It has been an incredible year for our members. The £19m success has been down to the BNI format and the dedication and commitment of our members to help each other. It’s this givers gain ethos that is at the centre of BNI. We’ve challenged ourselves to do even better next year and look forward to attempting to smash our 2019 figures.”

Scotland North members have access to more than 13,000 members in the UK and Ireland. BNI was founded by Dr Ivan Misner in the United States in 1985. In 2019, BNI passed more than 602,942 referrals worth over £520 million in the UK and Ireland alone, while globally BNI International generated £12.25bn worth of business from 12m referrals.

An awards night celebrating the success of BNI Scotland North members is to be held on Friday, March 27 (2020) at The Chester Hotel in Aberdeen.

BNI members pay a joining fee and a monthly fee to be part of a group, which holds weekly meetings to pass on business leads. Each group is formed on a competitor-free basis; only one business from a specific market sector is included in each group.