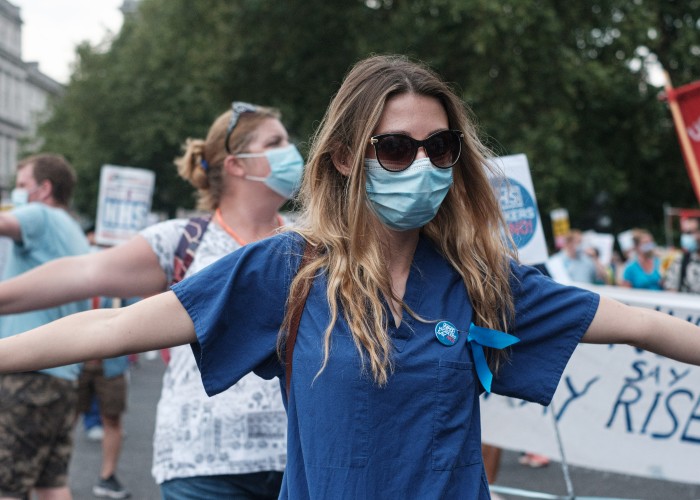 From today, the Foundation Living Wage rates rise to £10.90 an hour across the UK and £11.95 an hour in London.  Accredited employers have six months to implement the new rates.

The Foundation Living Wage is higher than the new local government basic rate of £10.50, which GMB is also balloting on and higher than any basic wage paid by the largest care providers.

GMB is campaigning for restorative pay increases across the NHS and Local Government to put right more than a decade of lost earnings – alongside a minimum of £15 per hour in care.

“Can’t afford to have the heating on and feed a family of 6. Has to be one or the other. Years of no wage rise beginning to bite.”

“It really is a choice of heat or eat now . how anyone can manage on a pittance of a wage with the ever increasing costs in living is beyond me.

“I am personally down to one meal a day now to cover the increases in my household bills.”

“The fact tens of thousands of NHS workers, school staff, local government workers and care staff aren’t even paid a living wage should be badge of national shame.

“What kind of society do we want to live in? Do we want to make sure those who look after us can feed their children and keep a roof over their head? Or do we want to let already wealthy bankers enjoy uncontrolled bonuses in some vague bid to ‘boost the city’?

“This Government already seems pretty clear on who it is going to look after.

Archangels generates up to £1.4bn for Scottish economy