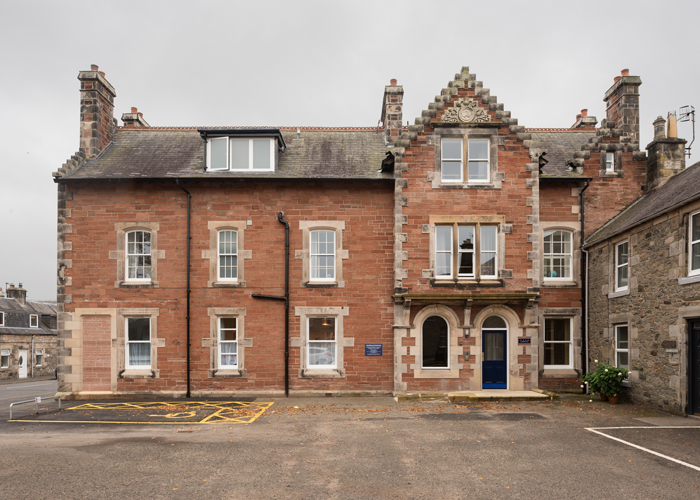 The restoration of the former Police Station in Langholm. (Photo: Tom Manley Photography)

SOUTH of Scotland Community Housing (SOSCH) and the Scottish Empty Homes Partnership (SEHP) have launched a joint project to increase the community housing in the south of Scotland through the conversion of empty residential, retail and industrial buildings.

With a focus on the Scottish Borders, the project marks a geographic expansion into the wider south Scotland region for SOSCH, which has won awards for its community-led conversion projects in Dumfries and Galloway. Recent projects have included the development of a former police station, a hotel and high street units into housing for local community members.

The two-year project between SOSCH and SEHP is centred around the hiring of a new empty homes coordinator who will identify and drive new community-led conversions of empty buildings in southeast Scotland. Candidates are currently being considered and SOSCH hopes that the new recruit will commence their role in late September or early October.

“We are truly delighted to be partnering with SOSCH to work towards more buildings being brought back into use as urgently-needed housing in southern Scotland.”

“SOSCH has unparalleled expertise in Scotland when it comes to bringing empty buildings back into use as community housing, and we are excited to see the expansion of their work into The Borders.”

In April 2022, SOSCH and community organisation The Eskdale Foundation won the “Best Old Wreck” conversion category at the Scottish Empty Homes Awards for their restoration of the former Police Station in Langholm.

“The revitalisation of empty buildings can have a significantly positive impact on communities in a number of different ways, and after a number of years focused on Dumfries and Galloway we are excited to be partnering with SEHP as we expand our operations into southeast Scotland.”

“We are on a mission to transform more buildings that have been sitting empty even for decades into housing that communities can make use of and be proud.”

“We’ll be looking at everything from empty homes to former retail and industrial buildings, and would be glad to speak with any community members in The Borders who can see an opportunity for SOSCH to assist.”

According to Scottish Government figures published in December 2021, there were 1,339 empty homes in the Scottish Borders.

Typical reasons for homes becoming empty for several years include the death of an owner, inherited properties where the new owners are unsure of what to do, property owners not being able to afford restorations to make the home habitable, and owners in care which leads to the property deteriorating.

Scottish Borders Council hired its first empty homes officer in 2021. They are helping to bring long-term empty properties back into use as well as developing a match-maker service to connect owners of empty homes with investors and utilising data and information to tackle empty homes more strategically. The officer has also established a cross-council working group to address the issue of empty homes in The Borders and developed a new grant initiative for empty home-owners to access.

“We look forward to supporting the partnership between SOSCH and SEHP, and working with the new empty homes coordinator once they are appointed.”

“Tackling empty homes is a key priority for the Council for the benefit of our local economy, strengthening our communities and reducing our environmental footprint.”

“We are particularly keen to draw on SOSCH’s expertise in converting empty industrial and retail buildings in the Borders into community-led housing.”