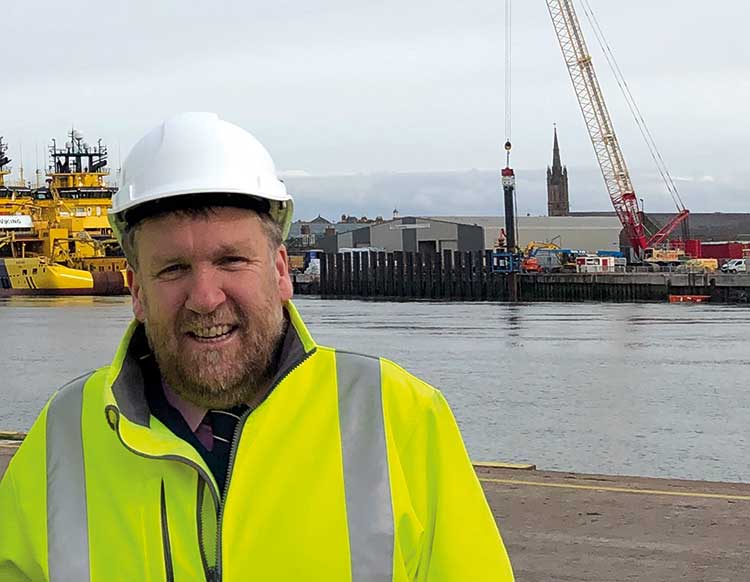 Montrose Port Authority has appointed Captain Tom Hutchison as its Chief Executive Officer. Tom has been at the helm in an interim capacity since his predecessor, Nik Scott-Gray stepped down in June of this year.

Captain Hutchison’s long association with Montrose Port began in 2000 when he took up the role of Pilot, following a lengthy career at sea, working globally on various cargo and container ships.

As well as stepping into the role of CEO, Captain Hutchison will retain the role of Harbour Master which he has held since 2015. His association with Montrose Port and the town itself goes further, as Operations Manager of Montrose Lifeboat Station.

Captain Hutchison’s appointment comes in the wake of a record-breaking period for Montrose Port which has seen gross tonnage of vessel handled reached unprecedented levels. The Port is currently undergoingsignificant redevelopment following private and public investment totalling £7.7million, which has fed into the Port’s quayside expansion project, the creation of an export facility to service GE company Baker Hughes’ Montrose-based subsea centre of excellence, and diversification into the tourist cruise market.

Captain Hutchison said: “These are exciting times for Montrose Port and I am delighted to be taking over as we continue to consolidate our position as a key hub for both the oil and gas industry and the general cargo market.

“I am looking forward to seeing our status strengthened as we press ahead with further development plans such as the opening of a new berth this November.”

Chair of the Montrose Port Authority Board of Trustees, John Carmichael added: “I am very pleased Captain Hutchison has taken over the role of CEO.  He has the best interests of the Port at heart and has worked tirelessly in recent years to build a strong team with excellent customer relations.  I look forward to continuing to work with him, as I am confident that he is the best person to lead the Port to a bright future.”