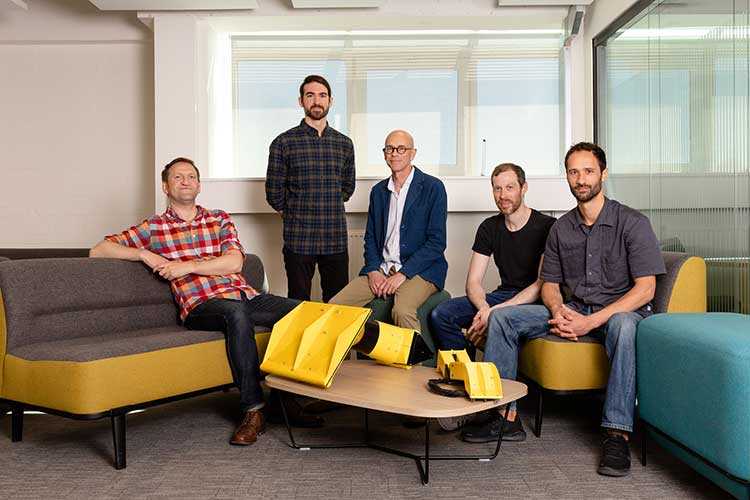 BLS provides business loans of £25,000 to £100,000 for Scottish SMEs, and reached a significant milestone this week under the Scottish Growth Scheme, after awarding over £1,000,000 worth of loan funding to 16 businesses across Scotland.

Founded in 2015 by Cameron McNatt and Chris Retzler, Mocean Energy focusses on a wave energy-based solution to provide power to offshore equipment used in the oil and gas industry. The company’s ‘Seabase’ wave energy converter aims to provide reliable, renewable kW’s of power where it’s needed at sea.

Highlighting the biggest benefit of their solution to be performance, Mocean Energy’s ‘Seabase’ converter can provide 50 kWh of energy per day which is significantly more than other wave energy technologies on the market.

With the project receiving 37 compliant applications from companies located across Europe, Mocean Energy were delighted to be announced as one of the successful applicants and have since been confirmed as only one of two companies to receive Stage 3 funding to build and test their very own prototype.

Whilst the WES project is fully funded, Mocean Energy required working capital to carry out initial activities of the project therefore, the £60,000 investment from Business Loans Scotland has been fundamental in helping them kick start this process.

“For our Wave Energy Scotland project, we needed working capital to purchase hardware and carry out fabrication. The project is fully funded, and we have a good track-record with WES, and so to us, it was low risk. However, banks did not see it this way, and we were unable to get a traditional loan. Business Loans Scotland came through with financial support that will help us deliver an exciting low-carbon technology in Scotland!”

“Access to capital remains a major hurdle for many SMEs and so, I am delighted that Business Loans Scotland has been able to support the Directors of Mocean Energy with loan funding to grow their wave energy business.

We are proud to have reached a key milestone this week of awarding loans totaling over £1,000,000 that have helped various Scottish SMEs, expand and flourish in the current economic environment. With a dedicated pot of £6 million in place, we look forward to supporting many other businesses, like Mocean Energy, with loan funding to realise their growth ambitions.”