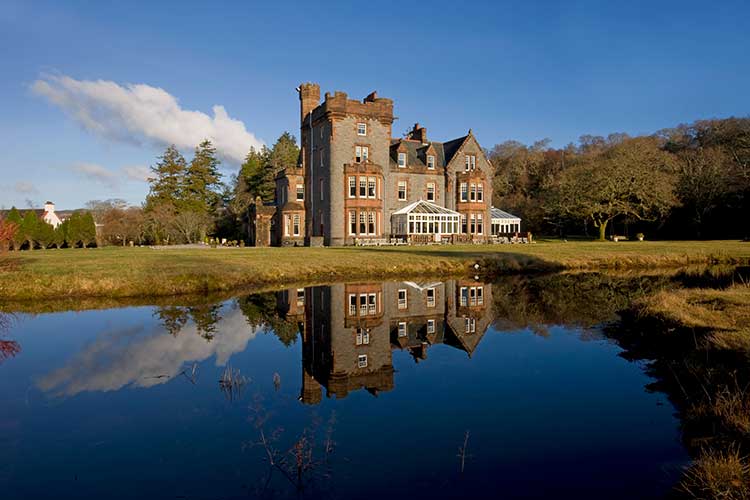 Luxury hotel and private island, Isle of Eriska, has been awarded a prestigious Michelin Star for its world-class restaurant on the west coast of Scotland, led by chef Graeme Cheevers.

The award makes Eriska one of just ten restaurants in Scotland to appear in the 2020 Michelin Guide.

Isle of Eriska, situated 12 miles north of Oban on the west coast of Scotland, is a private island with hotel, spa and two restaurants. In the main restaurant, which sits within a stately home, Cheevers and his focus on local and seasonal produce, including fresh seafood from nearby Loch Creran and vegetables from the island’s very own kitchen garden, to create a range of creative dishes.

Paisley born Cheevers joined the team at Eriska in July 2018 after winning his first Michelin Star at Martin Wishart at Loch Lomond. Before that he worked at several award-winning restaurants, including The Buttery in Glasgow and Restaurant Martin Wishart in Edinburgh.

Cheevers said: “I’ve had my eye on a Michelin Star, the ultimate accolade for a chef, since joining Eriska, so winning one after just over a year in post is just fantastic. I have a great young team around me in the kitchen here and can’t wait to further develop our unique style as one of Scotland’s top restaurants.”

Norbert Lieder, managing director of ICMI, said: “This is an outstanding achievement for Chef Graeme Cheevers and the team at Isle of Eriska, and recognises the commitment that goes in to each dish the team creates.

“Eriska is a truly unique experience that captures the heart of all who come. Now, with a Michelin Starred restaurant, the hotel will become even more desirable and we look forward to welcoming foodies over the winter months.”

The star was awarded at an event at the Hurlingham Club in London last night (7 October), which announced the UK’s latest Michelin-starred restaurants that will appear in the 2020 Michelin Guide.