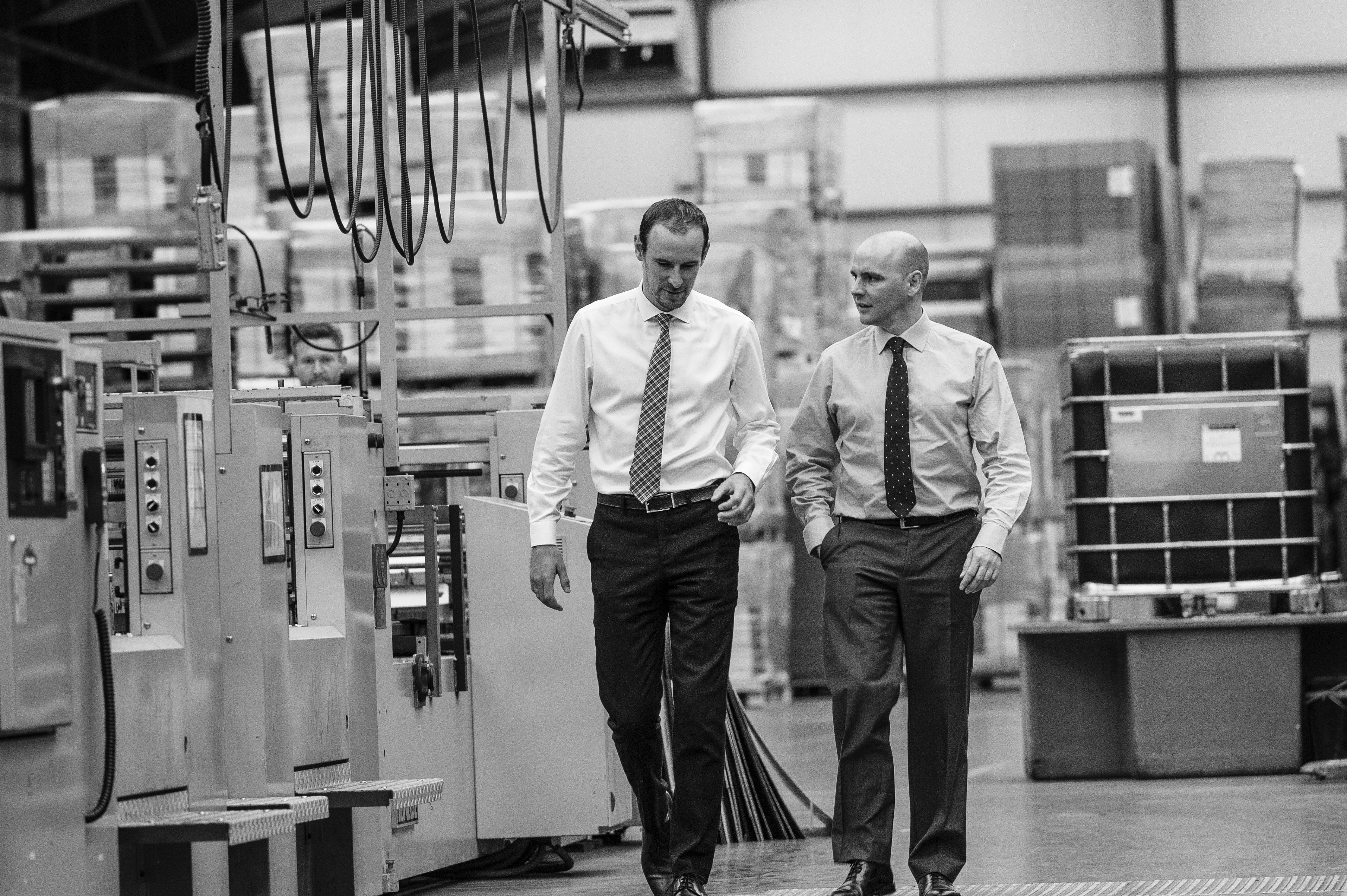 PORT-GLASGOW headquartered McLaren Packaging Group has marked its 40th anniversary year with a record turnover and investment in new capital equipment. The group will mark the occasion this weekend with an event for employees hosted at the local town hall.

Established in 1979 as an independent supplier of corrugated cases to the whisky industry, award-winning, family-run McLaren Packaging has since expanded its operations across six facilities totalling 200,000 sq ft across central Scotland.

And it has already surpassed its target of achieving a £20 million turnover by 2020. Indeed, from 41 employees and a turnover of £8million a decade ago, the group now employs 240 staff and is on track to turnover over £30 million this financial year.

Michael McLaren, Sales and Marketing Director, said: “We have just posted two consecutive years of record growth. While that growth can be partly attributed to some exceptional circumstances, we would anticipate that our growth will continue over the next few years albeit more modestly, our underlying business is robust.”

The most recent development in this growth strategy is the enlargement of the senior team with a new Quality Manager; Human Resource Manager and Group Operations Director being appointed this year.

“We highly value the contributions our strong workforce has made, over the years, to the company’s success and the recent appointments will help us prepare and build for the future,” said McLaren.

And McLaren has just invested £2.2 million in a new production line to enhance its printing and die-cutting capacity to support the future growth of its corrugate business.

“Over the last five years, 100% of our profits have been reinvested in the business in order to future-proof the company for the years ahead,” said McLaren.

“We are a family business and are here for the long-term with our focus fixed firmly on further growth and reinvestment.”

These latest investments follow McLaren’s acquisition in February of the assets of Port Glasgow-based Moelle Interlok Packaging, a producer of solid board divisions and layer pads for the drinks, glass and electronics industries, via a newly formed company, Interlok Divisions, following a short administration process.

Interlok Packaging was originally established by McLaren Packaging in 1985 before it was sold in 1994. The transaction, therefore, brought the business full circle back into ownership by an independent Scottish company, safeguarding 62 local jobs.

And just last month McLaren Packaging was involved in the creation of the world’s first sustainable energy generation facility fuelled by organic waste to provide heat and power for the manufacture of corrugated sheet board.

CorrBoard Bioenergy (CB Bio), which invested £5.5M in the facility to facilitate the manufacture of carbon-neutral corrugated material, is located adjacent to CorrBoard UK, the consortium-owned independent corrugated producer based in Scunthorpe of which McLaren is part owner.

Donald McLaren, Director CorrBoard Bioenergy and Managing Director of McLaren Packaging said: “This world-first sustainable energy generation facility is a game-changer in the paper-based packaging sector and demonstrates how, through investment, collaboration and innovation, we are rising to meet the pressing environmental challenge through sustainable solutions.”

Most recently, McLaren Packaging has been shortlisted in the Fastest Growing Family Business Award category of The Herald Scottish Family Business Awards. Held in association with Business Gateway, the awards will be presented at a formal awards dinner on the evening of Wednesday, December 4, 2019at the Crowne Plaza Hotel, Glasgow.