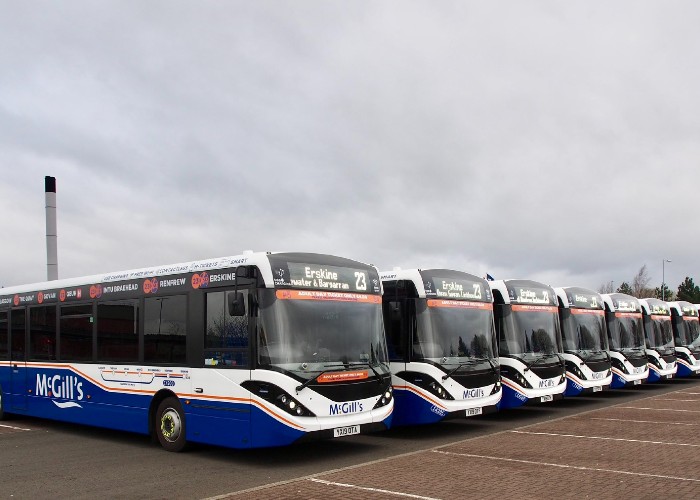 NATIONAL Express, the UK public transport company, has agreed a deal to sell its Dundee operation to Greenock-based McGill’s Buses. The deal is subject to completion by the end of the year.

McGill’s, owned by the entrepreneurial brothers, Sandy and James Easdale, will be licenced to operate 850 buses, have 1200 employees and will now have a turnover of £60m. The deal makes McGill’s Buses the biggest UK independent bus operator in the UK.

The business trades in Dundee under the Xplore Dundee brand for bus travel and Xplore More for coach travel.  There are 350 employees and a fleet of 120 buses. The business turns over more than £18m and is based at the East Dock Street site that it has occupied since being owned by the council.

Ralph Roberts, CEO of McGill’s Buses, said: “We are purchasing the shares of the company and all activities will carry on as normal. There are no immediate plans to change the branding of the buses.”

McGill’s Buses has grown rapidly during the past decade following its purchase of Arriva Scotland West in a landmark deal in March 2012.

The group carried more than 30million passenger journeys in 2019 and has a clear focus on a quality, modern offering for customers.

Last March, McGill’s unveiled 26 low-emission buses bought from Alexander Dennis in a £4.75 million purchase. That acquisition took McGill’s capital investment since 2014 to more than £30 million – almost £24 million of that on new vehicles.

McGill’s Buses deal for Xplore Dundee and Xplore More caps an extraordinary year of activity for the Easdale brothers, with this week’s announcement of an extensive waterfront site at Dumbarton also bringing their total construction projects to well over £400m.

Sandy Easdale said: “We have a clear vison for growth and profitability and we are able to conclude deals speedily and with the minimum of fuss. This is the way we have always worked.”

McGill’s chairman James Easdale said: “The Xplore acquisition is a perfect fit for us. Whilst others are shying away from investment, we are always looking for new opportunities in both construction and transport.”

Free bus travel for under 22s