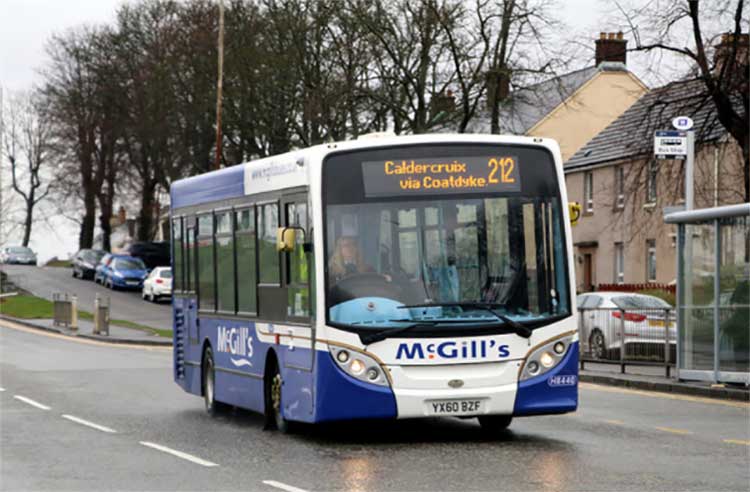 McGill’s Buses has posted a pre-tax profit of £1.398m on a turnover of £37,993m according to the transport firm’s latest annual results for year ending December 30, 2018.

The figures from last year show a decline in turnover of nearly 4%.

McGill’s Chairman James Easdale said: “Our profits are up thanks to a realignment of our business and skilful management of our resources and a 27% decline in our administration charges. My brother and fellow shareholder Sandy and our MD, Ralph Roberts, have worked extremely hard to make this business more efficient and profitable.”

Mr Easdale added: “The year saw a continuation of passenger decline that has prevailed in the industry since 2015. The decline was driven by low retail activity brought on by the decline of the high street.”

MD Ralph Roberts added: “Government policy at national and local level favours the car and train with the bulk of infrastructure investment going to these two modes. Buses deliver 74% of public transport journeys yet this mode receives peppercorn levels of infrastructure investment. We are talking to government at a national level to release more funding for the bus user but local government sees this as high risk as it will bring voter backlash from car users. Local politicians need to remember that buses users are also voters.

“The bulk of our business revenues are earned in the local authority area which has the highest car ownership in Scotland – Renfrewshire – so it is unsurprising that this local authority chooses this polluting mode over green public transport when looking at where they spend their budget.  Road traffic is up 29% since 1990 and this is the inevitable conclusion of these car centric policies.”

Board director Sandy Easdale said: “Given the climate emergency now declared, local authorities need to prioritise the bus over the car. Buses are the answer to congestion and poor air quality whereas the car is the cause of them. We need more bus shelters, more parking management and better road works management which will contribute to healthier and wealthier lives for the public.”