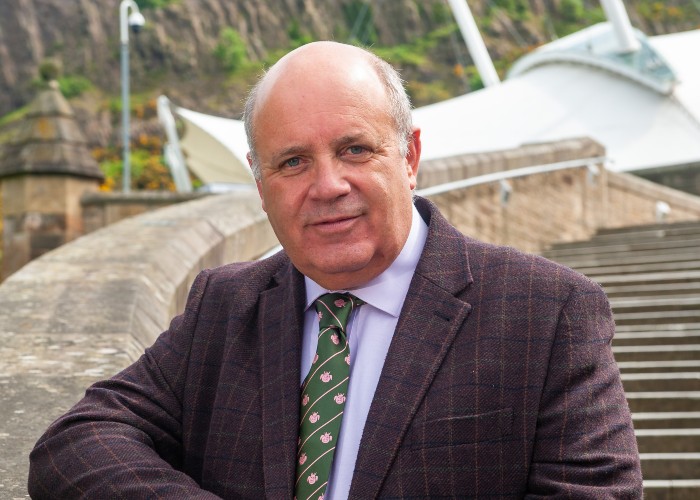 MARC Crothall, Chief Executive of the Scottish Tourism Alliance (STA), the representative body for Scotland’s tourism industry has been awarded an MBE in the Queen’s birthday honours list announced today.

Marc, 59 from Bearsden has been recognised for services to the tourism industry in Scotland.

The STA marked its 10th anniversary in May; since the organisation relaunched from the Scottish Tourism Forum in 2012 it has seen membership grow to having a reach of around 70% into the tourism industry, touching more than 10,000 businesses across all sectors of tourism.

Marc has been pivotal in steering the sector through the most intense economic crisis of modern times, working tirelessly to support and guide tourism businesses through the challenges of both the pandemic and Brexit.

Under his leadership, the STA has turned the tide on many areas of policy which would have resulted in the closure of hundreds of businesses across Scotland at various points over the last two years.

A well-known and respected figure within the tourism industry, Marc has worked for more than 40 years within the tourism, hospitality and leisure industry in destinations around the world, working his way up through the ranks, 25 of which has been spent working in Scotland.  His first role was as General Manager of Letheby and Christopher, the appointed caterers to the Glasgow Royal Concert Hall when it opened in 1990.

Marc is also the lead industry representative on the Scottish Tourism Emergency Response Group (STERG) and Scotland’s Tourism Task Force. He chairs the National Food Tourism Leadership Board, is Scotland’s representative on the  UK Tourism Industry Council. He is also a board member of Apprenticeship in Hospitality Scotland Hoteliers Charter, Interface and Springboard (Scotland)

Commenting on the award. Marc said: “I am incredibly honoured and extremely humbled to have been given this award. I have had throughout my 40 years working in the sector, the fortune to work with and learn from many inspirational people and I owe a lot to all of them and my family too. I feel very privileged to have been entrusted to lead the STA, a job that I love doing. The organisation would not have the strength and stature it has today were it not for the hard work, dedication and resilience of our member businesses and Patrons.  I have also been supported and guided by the STA Board, Council and my immensely hard working and talented team; a great many have contributed in a number of ways and I must thank them all for their unwavering support and generous amounts of time given these past 10 years.”

“This award comes at a time which is particularly difficult for the tourism sector; as we move out of the pandemic, the level and pace of recovery is being significantly curtailed by the cost-of-living crisis and ongoing recruitment challenges and many businesses are currently running on vapours.”

My focus will continue to be steered by Scotland’s tourism strategy vision, that Scotland will be the world leader in 21st century tourism; our sector can deliver benefits for not only Scotland’s economy but for our businesses, communities and people.  If supported by effective policies, tourism can deliver prosperity for Scotland and act as a force for good.”

Chair of the STA and owner of Crieff Hydro Family of Hotels, Stephen Leckie said: “It has been a pleasure and a privilege to have worked so closely with Marc over the last 10 years.  His dynamic work ethic, driven by sheer determination and pursuit of positive outcomes at all levels for Scotland’s tourism industry are unique to his extraordinarily resilient character which serves as an inspiration to all.  His boundless energy, optimism and strength of leadership has guided the organisation and Scotland’s tourism sector through some very difficult periods and I have every confidence the STA will continue to grow, despite the tough challenges faced by the sector.  On behalf of the Board, I congratulate Marc and his family on this outstanding achievement and thank him very much for all he has done for tourism.”