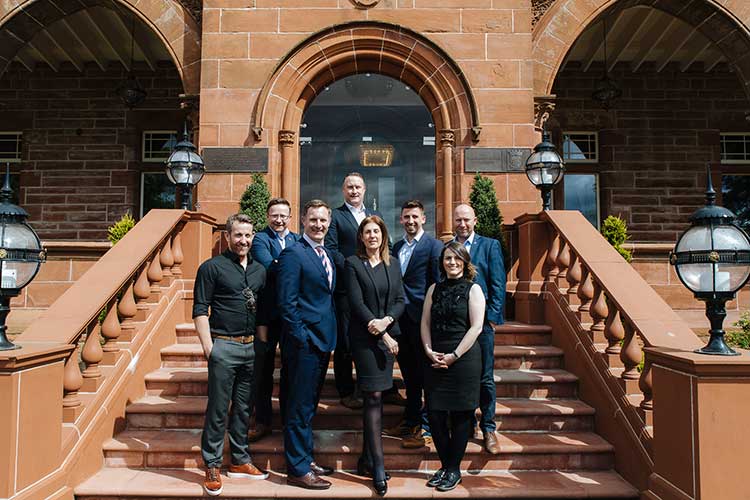 Manorview Hotels & Leisure Group has appointed a new managing director along with restructuring the management team.

David Tracey has stepped into the role of MD, taking over the reins from founder Steve Graham, who remains as Director. The change in role will allow Steve more freedom to focus on growing the company, while David will oversee the day-to-day running of the Group.

Steve Graham formed the hotel company in 2007 with the purchase of one venue, The Commercial Hotel in Wishaw, Lanarkshire. The company now owns eight hotels, two nightclubs, two pubs, a fitness & leisure centre and luxury spa, and employs around 500 people.

David has been part of the Manorview Group for three years. He joined as Head of Operations, rose to become Operations Director within a year, and now takes over the reins of Managing Director.

With a wealth of experience in the hospitality and drinks industry, David became a natural choice for the new Manorview MD. He started his career as the owner of popular Glasgow bar and restaurant, Strata. He became Director of Brands and Standards for the G1 Group, where he worked for nearly six years, he then joined Brewdog as their Head of Retail Development, before becoming part of the Manorview Group in 2016.

This management restructure also saw the appointment and promotion of some other key positions.

Steve Graham’s son, Carlton Graham, is now Operations Director, Scott MacIntyre has been promoted to Head of Operational Development, while Juliet Parry and Kathleen Swallow – both previous General Managers of The Busby Hotel and The Torrance Hotel, have been promoted to Area Operations Managers. The management structure is completed by Anthony Cowley, Property Development Director and Kenny Barclay, Finance Director.

Steve Graham, Manorview Group Director, said: “To sustain and grow our business, we have to adapt and make any necessary changes. This can mean identifying the right people for the right roles. David has been with Manorview for over three years, he knows the organisation, people, culture and our aspirations. As MD, he’ll move the business forward, with the support of a great management team. This change to our management structure also meant we were able to promote some other people within our organisation, namely Carlton Graham, Scott MacIntyre, Juliet Parry and Kathleen Swallow, all of whom we have identified as being key to our progression.”

David Tracey, Manorview Group Managing Director, said: “I’ve already seen a lot of change in the three years I have been at Manorview, and it’s been exciting to be part of a company which places its people and culture at the heart of their operation. With that culture as a foundation, myself and Steve, with the support of a great management team will be driving the business forward. It’s an exciting challenge I am very much looking forward to.”