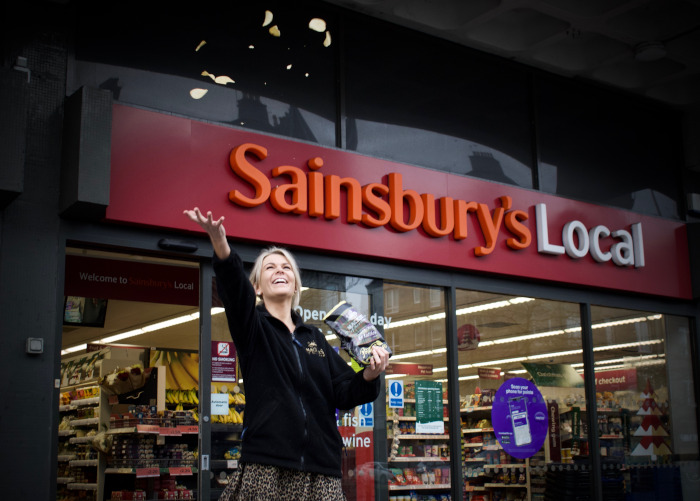 ADVENTUROUS crisp fans will be able to sample a world-first take on Scotland’s national dish after its makers secured listings throughout the country.

This week sees Mackie’s Crisps’ new haggis, neeps and tatties variety hit the shelves, the latest creation from a brand that has become synonymous with traditional Scottish flavours.

With a headline listing in all 96 Scottish branches of Sainsbury’s, the business hopes the evocative flavour will capture the nation’s imagination – and is targeting £100,000 in retail sales.

It will also be available in the two largest budget supermarkets, Aldi and Lidl as well as Scotmid, and a number of independent stockists.

James Taylor, who works at the Perthshire-based Taypack business, which in 2009 launched a joint venture with Aberdeenshire’s Mackie’s of Scotland to create a crisp brand, is thrilled with the response from trade clients.

He said: “The supermarkets have embraced our vision of creating a convenient taste of Scotland’s most popular traditional meal.

“We’re delighted. It means that buyers the length and breadth of Scotland will get a chance to try the world’s first haggis, neeps and tatties flavour crisps.”

The new patriotic flavour comes off the back of a 24-month period where Mackie’s Crisps has massively expanded its export business, with further contracts secured in China, Russia and Ukraine.

James added: “We’re becoming well known for embracing our Scottish roots and so it does seem the natural next step to do this reimagining of our own national dish.

“While we have responded to growing export demand, this flavour has been on the backburner. It’s been many years in the making.

“We’re just delighted to see it launched and will be keeping in contact with our end customers and trade clients throughout to see what the appetite is like for our new flavour. Who knows, we may even be able to expand the run to make it a permanent addition to our range.

“We’d also love to be able to sell bags abroad to some of our core markets in Asia and Eastern Europe, helping the wider world to experience the taste of haggis, neeps and tatties.”

Inspiration for the flavour stemmed from the Bard himself, Robert Burns, with the crisp-makers launching the snack-based taste of Scotland’s favourite traditional dish in the run-up to Burns Night.

The end product is deeply reminiscent of the famous meal, with a comforting, light peppery flavour and Taylor-clan tartan packaging. To ensure the highest quality throughout Mackie’s use entirely natural flavourings and high oleic sunflower oil.

Its thick-cut and gently cooked potato crisps use the best varieties of crisping potatoes, grown on the farm, reflective of its “plough to pack” ethos. The crisps are also suitable for both vegans and vegetarians.

James is the fourth generation to work at the Taylor farm – and is Commercial Director at Mackie’s at Taypack, which produces Mackie’s Crisps. He helps to run the family-owned business with his father, Managing Director George Taylor.

Mackie’s Crisps has become famous for its traditional flavours, such as its popular haggis and cracked black pepper variety, as well as launching the world’s first pigs in blankets flavour.

Research on its new flavour started in earnest in 2018 during a new product development push, after establishing Burns Night as an opening to deliver a new patriotic flavour combination.

Meticulous sampling sessions helped it to master the flavour of haggis, neeps and tatties, building on its popular haggis-based flavours.

The Mackie’s Crisps team were further convinced of launching the flavour when a student, Aileen McColm, joined the Perthshire business in 2018 to shadow quality control manager Jamie McKell. She undertook a survey, with 350 respondents showing the flavour to be the favoured option for the target market.