Mackie’s outlines its green ambitions for the year 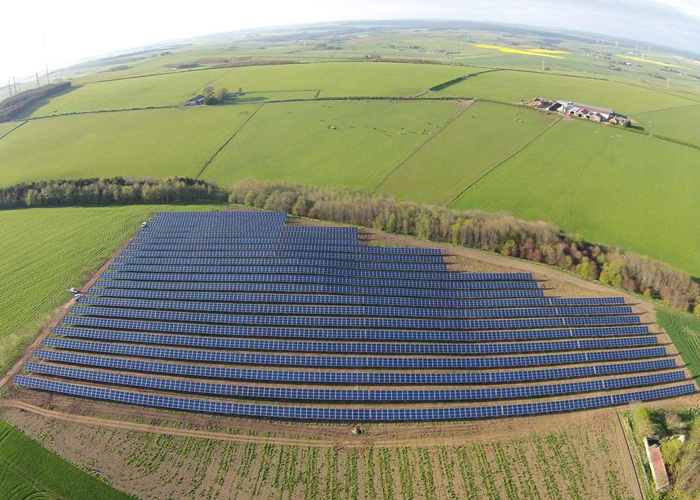 ONE of the country’s much loved ice cream brands has emblazoned its familiar blue tubs with a bright green label and QR code, encouraging buyers to learn more about its environmental promises.

Family-run Mackie’s of Scotland has generated more than twice as much energy than it uses since 2007 and wants to continue to develop its sustainability practices.

The new pack branding builds upon Mackie’s “Sky to Scoop” philosophy and is just another initiative contributing to the brand’s environmental ambitions.

Featuring on more than 250,000 tubs this year, the promotion reveals Mackie’s four “Green Resolutions” for 2022. The initiative asks the public to tell the firm what they would like to see next – with a chance for one respondent to win an electric bike worth £1,500 and a supply of Mackie’s chocolate.

Karin Mackie, Marketing Director, said: “Our Green Resolutions are the next step in further upping our eco-credentials. As a family business, we’re used to investing in the future, to try and protect the environment for generations to come. Our vision is to become the greenest company in Britain through a variety of carbon saving measures.”

The first resolution is for the firm to reduce its energy usage. While it renewably produces more than double the energy than it uses overall, at times of low power generation it relies on grid top ups.

The installation of a £4.5 million low carbon refrigeration system should see a reduction in Mackie’s energy use of up to 80% which will take Mackie’s a major step closer to its target of 100% renewable energy self-sufficiency.

Second is preparing its 10-acre solar farm site with a broad mix of bee friendly plants to support biodiversity and a necessary pre-cursor to the possible introduction of beehives.

Mackie’s cows – essential for its renowned real dairy ice cream – are a clear contributor to greenhouse gases. The third resolution sees the firm pledge to investigate the impact of diet along with a manure handling system to reduce the herd’s impact.

The final resolution is the introduction of two electric “pool” bikes, able to be used by any of its employees on the farm, encouraging them to take active breaks and avoid the use of cars. The bikes will be charged using power from the turbines.

Karin added: “Our customers have been invited to send in ideas to improve our carbon footprint and we look forward to hearing their ideas and learning about what is most important to them. We’ve already received thousands of responses and can see many opportunities for action.”

The QR code will direct consumers to Mackie’s green resolutions web page and those who provide their suggestions for Mackie’s resolutions next year will be entered into a draw to win their own electric bike and a supply of Mackie’s chocolate.

Next year, Mackie’s will give updates on its attainment of this year’s resolutions and add a new set of further green resolutions, with inspiration from the suggestions received from their ice cream lovers.

Mackie’s has been generating power from its wind turbines since 2005 and has produced enough energy to supply 2,500 family homes with electricity for 10 years, or drive an electric car around the world more than 14,000 times.

Its new low carbon freezer project has received a £2.05 million grant from the Scottish Government’s Low Carbon Infrastructure Transition Programme and is part-funded by the 2014-2020 European Regional Development Fund programme and matched by investment of more than £2.5 million by Mackie’s.

Mackie’s produces more than 10 million litres of ice cream every year. Its renewable energy is derived from a mix of wind, solar and biomass energy that produce over 8.5 MWh of electricity each year