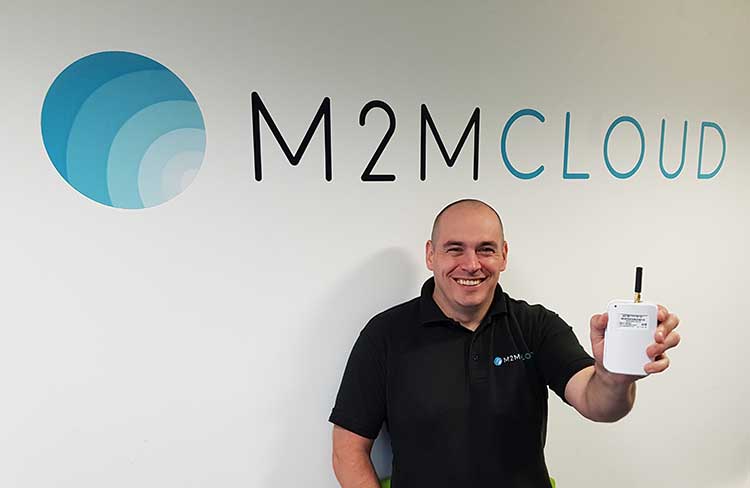 Dundee-based M2M Cloud is gearing up for its biggest-ever year following the development of a novel internet of things (IoT) water-monitoring technology, which helped the company win its first public sector contract.

The software developer has secured a competitively tendered three-year agreement to supply sensors to more than one hundred Highland Council buildings, enabling the local authority to remotely gather data about its water systems. M2M Cloud built its technology, called Neptune, following the success of an initial proof of concept project developed by CENSIS – the Innovation Centre for sensor and imaging systems and IoT.

Cooled or heated between temperatures of 20°C-50°C and used infrequently, water carries the risk of developing harmful bacteria such as legionella. To ensure the water in buildings stays within these guideline temperature limits, Neptune involves attaching sensors to the surface of pipes and takes temperature readings every 10 seconds, notifying the building user if the water system is out of specification. Under the previous system, engineers had to travel to sites, take temperatures manually on a monthly basis, and log the results on return – an expensive and time-consuming process.

Named after the Roman god of the sea, Neptune complements M2M Cloud’s existing Lighthouse product ranges which provide asset security and mapping services, respectively. The technology is one of the first commercial products to use the new national IoT Scotland network. Data captured by the devices is transferred over the LoRa-based network to a central point for analysis every 15 minutes, which can then be viewed on a mobile phone or other device.

Following the preliminary success of Neptune, M2M Cloud has partnered with Dart Valley Systems – part of the multi-national Franke Group UK – to manage demand, assist with installation, and boost marketing.

Scott Edgar, operations director at M2M Cloud, said: “I’ve never known a time like it in my 20 years in the software development industry – we’ve been almost overwhelmed by the demand for what Neptune can offer. Neptune helps ensure a water system is compliant and also helps with planned preventative maintenance schemes. The technology can also help organisations react quicker to problems and target resources to the right place saving time and money, while lowering carbon emissions. The market is potentially vast.

“The product has helped us win our first public sector tender, which has given us huge encouragement. It has also given us a brand new revenue stream and will be a key part of our business in the months and years ahead – our partnership with Dart Valley Systems will help us make the most of Neptune’s potential value to the business. We’re already looking at added functionality, incorporating data analytics and machine learning. If it goes as well as we believe it can, 2020 will be a big year for M2M Cloud.”

The technology was developed following the delivery of a proof of concept by CENSIS at two Highland Council buildings last year. The Innovation Centre worked with the local authority, the Scottish Government’s Scottish Wide Area Network (SWAN) Innovation Fund, and Capita IT Enterprise Services to trial a remote monitoring system using IoT networks, in a project that was the first of its kind in Scotland. Its success led to a competitive tender process in which several companies competed to deliver the technology on a larger scale.

Stephen Milne, business development manager at CENSIS, added: “M2M Cloud has developed a piece of technology that shows how IoT could transform the way many businesses work and how services are delivered. The potential for its Neptune devices is massive and it marks the beginning of a very exciting period for the business. It is very encouraging to see a Scottish SME take our proof of concept project to the next level and turn it into a commercially viable product that could help grow its business.”