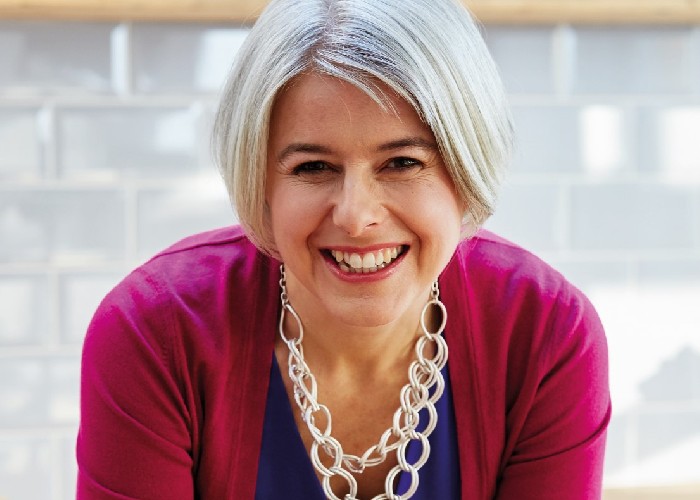 FOUNDER of Genius Foods, Lucinda Bruce-Gardyne, has been appointed as the new chair for industry leadership body, Scotland Food & Drink.  She will assume her role at the organisation’s AGM in November.

With more than 20 years’ experience in the industry as a chef, teacher, entrepreneur and board director, Lucinda takes over from Dennis Overton who has held the role since 2018 and is scheduled to stand down in November. The Scotland Food & Drink Board guides the strategic development and delivery of the organisation’s goals and comprises senior businesspeople from across the sector.

Lucinda trained as a chef at Leith’s School of Food and Wine and went on to run a private catering company in Italy and London before returning to a teaching role at Leith’s.

In 2008, she founded Genius Foods, now the UK’s leading ‘free from’ bakery brand after discovering a lack of gluten free options catering to her son’s gluten intolerance. Genius remains based in West Lothian and caters to customers across the UK, Europe, Australia, and America.  Lucinda recently stepped down from the business to pursue other interests.

Lucinda co-founded the Gluten Free Industry Association in 2016 in collaboration with the Food & Drink Federation. She is also a Fellow of the Royal Society of Edinburgh and holds non-exec board directorships at the Society of Chemical Industry and The Scale Up Institute.

In 2019, Lucinda was appointed as a board director of Scotland Food & Drink, where she has been working closely with the current Chair, Dennis Overton, and chief executive, James Withers.

Dennis is the co-founder of sustainable seafood business, Aquascot, based in Ross-shire. The business moved to full employee ownership status in 2016. He was also one of a small group of industry actors who, in the early 2000s developed the concept of a leadership organisation which became Scotland Food & Drink and has sat on its board since it was launched in 2007.

Dennis Overton, outgoing Chair of Scotland Food & Drink, said: “Being involved in Scotland Food & Drink from inception to where it is now has been one of the most enjoyable and satisfying chapters of my working life. The way in which the industry has come together, supported by businesses up and down the country, has been remarkable to see.

“I believe we have forged a new type of partnership working with Government and the public sector and it has underpinned the growth in our sector’s value and reputation over the last 15 years.

“I am delighted that Lucinda will be taking over as Chair in November. Her entrepreneurial spirit and passion for Scotland’s food and drink story will ensure the important work of the organisation and wider Scotland Food & Drink Partnership continues to go from strength to strength. I want to thank the Board and the staff team for all their support and hard work during my time with the organisation.”

“Dennis has been an outstanding servant to the organisation and industry. He was one of the architects of Scotland Food & Drink and its ambitions. I plan to work with the rest of the board and the organisation’s key partners to continue the invaluable work he’s done in building resilience within the sector and driving sustainable growth.

“The industry is facing seismic change in transitioning to net zero and adapting to a post-pandemic and post-Brexit world. Arguably the work of the organisation has never been more important, and I look forward to playing my part from November.”