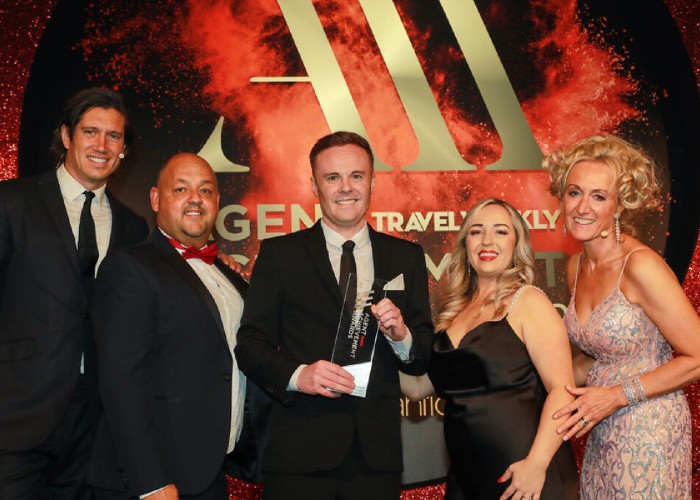 BARRHEAD Travel swept the floor at this year’s annual Agent Achievement Awards securing five awards on the big night. Presented by Travel Weekly, the event celebrates and recognises the achievements of the best travel agents in the UK.

The Glasgow-headquartered travel group was named as the Best Agency to Work in the UK thanks to an array of people-focussed initiatives such as wellbeing programmes, flexible work opportunities, unlimited development, and training, and annual familiarisation trips to destinations across the world.

The group also claimed the award for Best Large Agency in Scotland, taking the title for twenty-one years in a row.

As well as winning the key business awards, several Barrhead Travel employees were individually recognised, including Leisure Manager of the Year – awarded to Chris Cooper from Liverpool and the Mental Health Matters award – presented to Glasgow-based Carol-Ann Jones who heads up the organisation’s HR team.

Integral members of the team, Chris and Carol-Ann were recognised for going above and beyond within the industry.

Mental health was one of many challenges highlighted during the pandemic and Carol-Ann was a key driving force for Barrhead Travel to launch an anonymous employee support system during the pandemic called ‘You Are Not Alone.’ The initiative allowed colleagues to be connected seven days per week to one of the business’ Mental Health First Aid trainers.

Chris Cooper, Manager at the Barrhead Travel Liverpool Allerton Road store and winner of Leisure Manager of the Year, said: “I’m thrilled to have won this award and would like to thank my Liverpool team for all their hard work. The last few years have been testing for everyone in travel but when you’re surrounded by like-minded people who care and want to achieve great things it makes life a whole lot easier! I can’t wait so see what the rest of the year has in store for us.”

Jacqueline Dobson, President of Barrhead Travel, added: “Despite a challenging few years for the industry, it’s great to finally be able to reap the rewards of our hard work with award ceremonies back on the cards.

“It comes as no surprise to see Chris and Carol-Ann up there as winners as their individual efforts and determination leave a huge impact on our business. To win ‘Best Large Agency in Scotland’ for the 21st year in a row is a real testament to the quality of experience and service we provide not only for our customers but to our people as well. We look forward to building on these even further in the years to come.”