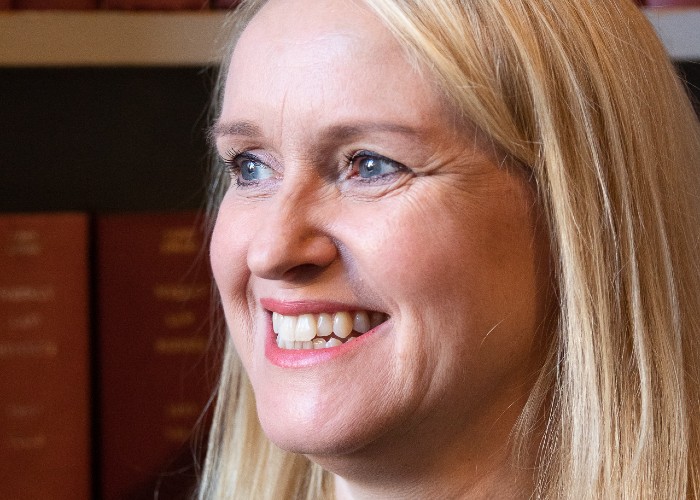 February 2022 marked the start of the independent public inquiry to investigate the long running Post Office Scandal which has been described as “the most widespread miscarriage of justice in UK history”.

The Inquiry is seeking to gather a clear account of the failings of the Horizon computer system that was used in Post Office branches in 1999 which led to the prosecution of 736 sub-postmasters and sub-postmistresses by the Post Office between 2000 and 2014, based on information from the Horizon computer system, including many in Scotland. Those prosecuted were given criminal convictions as it looked from Horizon like they were recording false accounting, stocktaking and transactions, with some shortfalls amounting to many thousands of pounds. As it turns out, it was the faulty Fujitsu computer system which was to blame.

The road to justice has been long. A campaign group, Justice for Sub-postmasters Alliance (JFSA), was set up in September 2009 to tackle the issue. In January 2012 the Post Office set up the Initial Complaint Review and Mediation Scheme but terminated it in 2015 believing there was no evidence of any systemic issues with the computer system.

Where did this leave the workers and their right to justice?

Many of the affected English postmasters and postmistresses raised civil claims in England & Wales, including a group litigation raised by 555 sub-postmasters and sub-postmistresses in the High Court in March 2017. The Post Office workers received a funding package from a third-party funder, which allowed the initial actions to be raised, and for the cases, which may otherwise not have been taken to progress through the court system.

Indeed, the Post Office employed an aggressive legal strategy, rigorously defending the civil claims, dragging out the litigation and driving costs up. Inevitably leading to a David versus Goliath scenario and increasing costs for all involved.  Without the financial backing of the funder involved, the workers may not have been able to see the litigation to an end.

It wasn’t until the tide began to turn in December 2019, when the High Court published its judgement in the group litigation, finding that many bugs, errors and defects were in the Horizon system.  Following that judgement, the Post Office agreed to settle with the 555 claimants.  It agreed to pay £58m in damages of which the claimants received a share of £12m, after legal fees were paid.

In addition, after the High Court ruling, the victims’ sentences were also reconsidered via the Criminal Cases Review Commission and by the end of 2021, 72 postmasters’ convictions have been quashed. Several other cases are in progress, and there are potentially hundreds more whose convictions relied on Horizon evidence who may seek to have their convictions overturned.

Despite its rigorous defence, the Post Office claimed it was unable to cover the compensation payments due to the Post Office workers and so the government has agreed to foot the bill. However, the government can’t step in to support private cases and many do not go to court simply due to associated financial litigation costs.

The issue of recoverability of costs

The recoverability of costs is another substantial factor in pursuing such a case, and that can cause undue stress on all involved. In Scotland and England (where the Post Office claims were raised) it is possible to recover a proportion of your legal spend if you are the successful party. However, in Scotland there is currently no equivalent of summary assessment.  Costs, known as expenses, usually continue to run until the end of the case when a determination about overall success will be made. The process of recovery of expenses is subject to less management by the court than in England.

The Scottish landscape for multi-party actions and the funding of litigation has gone through significant change in the last couple of years with the introduction of the Civil Litigation (Expenses and Group Proceedings) (Scotland) Act 2018, which introduced a mechanism for group claims in Scotland.

This act allows for two or more people with the same, similar, or related claims, to raise court proceedings ‘in a single action’. For litigants, there are significant benefits in being able to raise an action in this way.  The legal costs, time burden, and risk of being found liable for the opponent’s costs are shared amongst the group, rather than each individual having to shoulder this risk alone. Another benefit of group procedure is that group actions are more closely managed by the Court and the judge has a wide discretion to direct how a specific action will run. This means that there is scope for greater efficiency in the litigation.  Finally, whereas a handful of individual actions may not be that daunting for a large corporate organisation, when those with a similar claim join together, there is a clear strength in numbers.

Three well documented group actions have already been raised in Scotland since the inception of the new rules:

These cases show the wide range of actions already being raised under the new rules and utilising the benefits of this new procedure.

From a Scottish perspective prior to the introduction of the new rules, a case such as the Post Office litigation would not have had the benefit of being raised as a group claim, making Scotland a less desirable forum for the litigation. The introduction of the new provisions will inevitably make such cases a more viable proposition for potential litigants and funders to take on in Scotland. Justice has prevailed for hundreds of families put through years of turmoil as a result of the Post Office scandal but for many others, what’s ethical and moral and their right to justice isn’t always guaranteed. Third party litigation funding and allowing claimants to act collectively in civil actions can make redress more viable.

Consultation on new National Parks for Scotland gets underway