Literally not one person in country wants Priti Patel to be their boss, YouGov data reveals 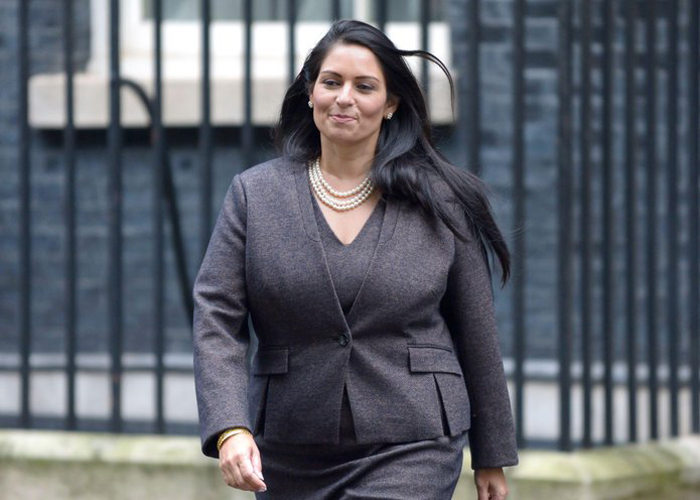 Priti Patel has anded right at the bottom of a YouGov poll, securing literally zero votes

A BRAND NEW YouGov poll has revealed who the nation would love, and loathe, to work for.

Commissioned by Vestd, the UK’s leading share scheme platform, the data records the views of over 2,000 Brits surveyed in November 2021 and is weighted to be fully representative of all UK adults.

Despite offering participants a smorgasbord of celebs including Daniel Craig, Gordon Ramsay, Rishi Sunak and Mary Berry, Brits were incredibly united in their choice of dream boss.

The UK’s clear favourite, with one in six voting for him, was David Attenborough. The lovable nature presenter topped the poll across every single demographic including gender, class and age.

Nobody else really came close to touching Sir David’s popularity, but notable runners up were Prince William with 7% of the vote, Ricky Gervais with 6% and Jeremy Clarkson/Marcus Rashford with 5% respectively.

Of all 27 celebrities listed, three people, Priti Patel, Victoria Beckham and Katie Price failed to secure a single percentage of the vote. Meghan Markle and perhaps worryingly, Boris Johnson scored 1% each, completing the line up of the bottom five.

Vestd’s founder and CEO Ifty Nasir said that: “It surprised me that there was such a similarity of opinion across the UK but it isn’t surprising at all that Sir David Attenborough took top honours.”

“His style of leadership is characterised by egalitarian, socially-driven values that speak to what people want. All of our research demonstrates to us that people want stewardship towards a better way of doing things.”

“Fat-cat boss behaviours are outmoded. Nobody thinks that ‘greed is good’ any more, those days are over. As a society, we want to see our leaders demonstrate more responsibility and to act with more conviction to give everybody a stake in society.”

“These same drivers are perhaps why we see certain political types nearing the bottom of the poll.”

YouGov and Vestd’s annual report records shifts in employee attitudes and benefits across the year.

The data for this year also reveals that:

Nasir stated that: “overall, the story that the data is telling us is that Covid has permanently reshaped our workplaces. For those that can work from home, this has now become a priority to them so employers that don’t offer this benefit will be missing out, especially during the ongoing recruitment crisis.”

“We know that benefits such as share schemes are going to take centre stage through 2022 as companies fight it out to retain and attract the best talent against a backdrop of remote working. Again, those who neglect to adapt to changes by bringing in benefits like these will be bottom of the pile in terms of attractiveness to job hunters.”

“Not everybody can have David Attenborough or Prince William as a boss, but every workplace can look to their benefits and sharpen up their offering. And they need to do this at the earliest.”