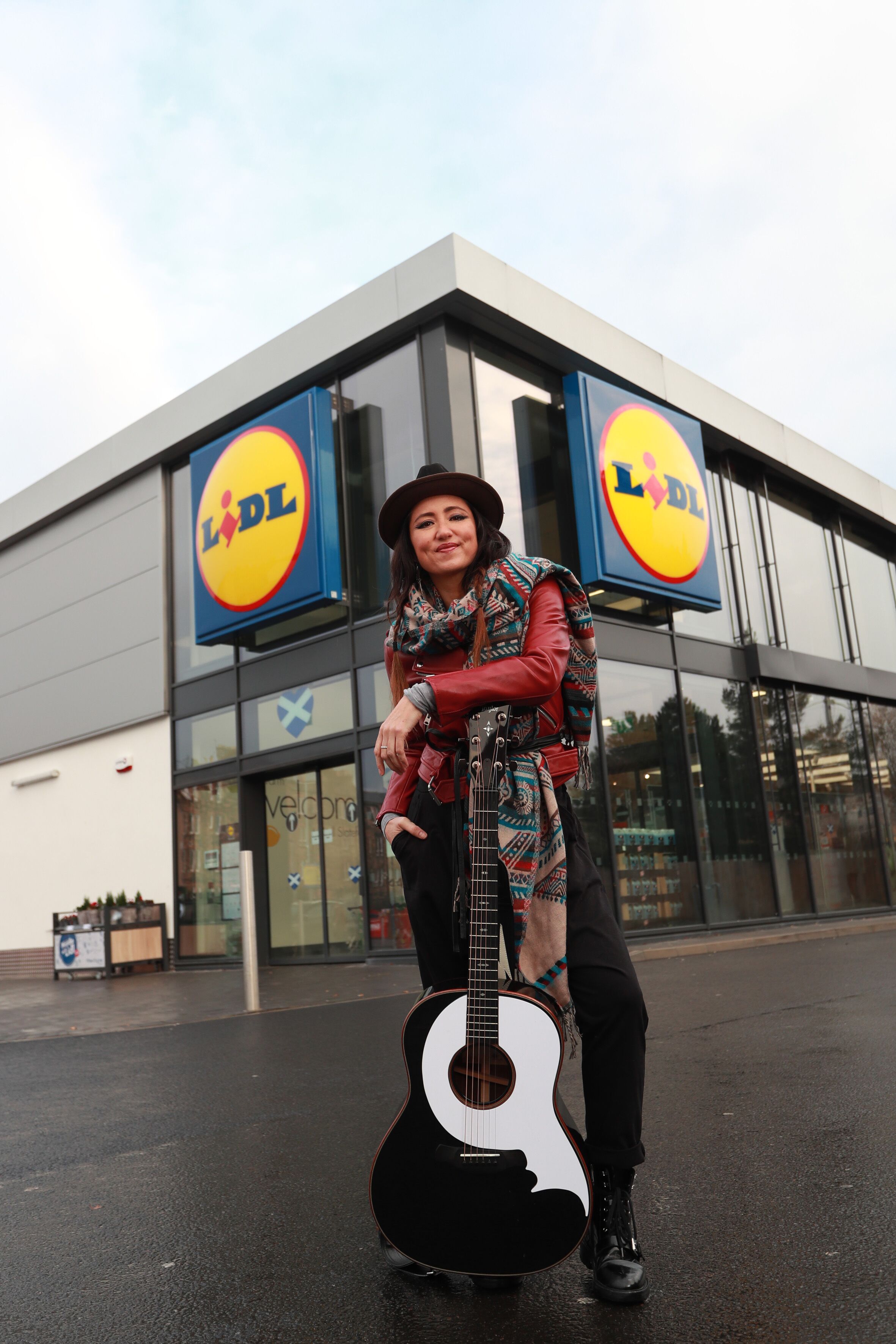 POP ROCKER KT Tunstall is set to return to her roots this January with a string of one-off charity gigs around Scotland in celebration of the countdown to Lidl’s 100th store.

The week-long ‘Lidl Live’ tour will see the Suddenly-I-See-singer perform to thousands of fans in towns and cities around Scotland, taking in Aberdeen, Ayr and Highland town, Strathpeffer, before the grand finale show in Edinburgh on Burn’s Night.

Alongside the ‘Lidl Live’ performances, which will see KT play chart-topping tracks from her 15-year career, the fun-filled tour of music and food will feature visits to stores, local schools and Lidl’s Scottish suppliers before KT officially opens the 100th store – in a  soon-to-be-revealed location – on the 25 January.

Relishing the opportunity to perform on home turf, the star has found time for the evening concerts in a busy schedule between her ‘West Coast Ramble’ tour of California, supporting pop-rock duo Hall & Oates at Madison Square Gardens and joining 80’s legend Rick Astley’s UK tour in 2020.

Tickets for the exclusive charity gigs will go on sale on Eventbrite at 9am this Saturday for a charitable donation of £7.50 (plus a £1.18 booking fee).

The full ticket price, as well as profits from the sale of drinks at the events, will be donated to Lidl’s long-standing charity partner, STV Children’s Appeal, which helps children and young people affected by poverty in Scotland.

On the upcoming tour, KT Tunstall commented: “I’m delighted to be teaming up with Lidl for a very Scottish week of music, food and fun. There is a powerful place where our mutual interests meet; supporting local suppliers, looking after the environment, and raising important funds for children’s charities in Scotland.

“When I decided to start cooking for myself on tour, it turned into ‘KT’s Kitchen’ – a mad-dash online cooking show with friends where I prepare very simple, quick, healthy and delicious food backstage.

“The upcoming tour will involve live performances, backstage KT’s Kitchen cook-offs, school visits, trips to see local producers and a lot of laughs with myself and the band girls along the way.”

From Kirkwall to Stranraer, Lidl has become known for its high market penetration in rural towns.

Celebrating its 25-year anniversary in the country this year, the retailer is committed to investing in local producers and has built a network of 60 Scottish suppliers creating over 430 Scotland-made products for its stores.

Ross Millar, Regional Director for Lidl in Scotland said “We are proud to serve Scottish communities and champion the quality produce of our regional suppliers and we can think of no better way to celebrate our 100thstore in Scotland than with an exciting foodie-themed tour of the country with national treasure, KT Tunstall.”