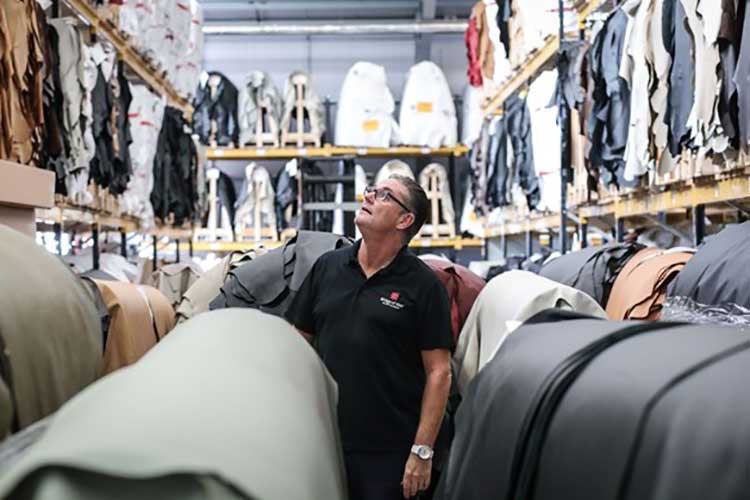 Confirmation that the UK’s largest leather manufacturer will open a new facility in Renfrewshire is being hailed as ‘the first step’ in ambitious growth plans to add more than 9000 jobs to the local economy by 2030.

This comes as Renfrewshire business leaders set out the strategy to grow the local economy and seize on £1.4billion being invested in infrastructure, innovation and skills across the region.

Welcoming the new jobs, Derek Mackay, Scottish Government Cabinet Secretary for Finance, Economy and Fair Work said: “Scotland is an attractive place to do business with a skilled workforce and companies like Scottish Leather Group expanding their operations is testament to this.

“Our Programme for Government sets out ambitious commitments in areas such as trade, manufacturing, skills and innovation which will also help to boost productivity growth across Scotland. Our Economic Action Plan will also be relaunched later this year to reinforce this work and will be the central point for both businesses and individuals across Scotland to access the information demonstrating the work that is being done by this Government to drive sustainable and inclusive economic growth.

“I welcome the publication of Renfrewshire’s Economic Strategy which will help develop the local economy further.”

Together with the jobs pledge, the strategy aims to increase GVA by £400million a year and expand Renfrewshire’s manufacturing sector by 30%.

Plans are also in place to grow the working age population by 5000 people and reduce economic inactivity by 15%, bringing 3000 local people into the workforce, while Renfrewshire businesses will benefit from targeted actions to reduce skills gaps and shortages.

He said: “Renfrewshire offers the perfect environment for businesses to flourish and as a locally-based business we can trace our Renfrewshire roots as far back as the 18th century. We are delighted to be expanding our Renfrewshire operation further with this important new facility in Paisley, which will create new jobs and enable us to deliver on our expanding portfolio.

“These jobs are an important first step in our ambitions for Renfrewshire. We are at an exciting time with major economic investment taking place right across Renfrewshire, a region which has strong foundations upon which to build, with a high employment rate and businesses exporting £2billion of goods and services worldwide.

“Renfrewshire’s Economic Strategy sets out how we will seize upon the opportunities brought by this new investment and achieve inclusive economic growth. It is the culmination of close partnership working between the private and public sector and achieving its ambitious aims will require our continued collaboration, drive and passion.”

The strategy identifies key sectors of strength in manufacturing, construction, transport and storage, together with emerging sectors in creative industries, tourism and care.

It acknowledges the importance of the work now started on construction of the Advanced Manufacturing Innovation District Scotland (AMIDS) – a partnership project with Scottish Government and Scottish Enterprise to develop a 52-hectare site next to Glasgow Airport into a base for manufacturing companies to harness new technologies and access cutting-edge research.

The first opening road bridge over the River Clyde at Renfrew, funded through the Glasgow City Region City Deal, will enhance connectivity and transform the Clyde waterfront.

Major investment is being made in Paisley’s venues and outdoor spaces, including the transformation of Paisley Museum, as part of plans to attract more tourists and visitors to the region.

And the strategy cites the critical importance of the house building programme, with 5000 homes being built in Renfrewshire over the next 10-years, including at Dargavel Village, one of the UK’s largest privately-funded brownfield regeneration projects.

Renfrewshire Council Leader Iain Nicolson said: “Renfrewshire is a place of culture, creativity and design, a region that is globally connected and a place that is investing in its economy.

“I am confident we will deliver a thriving Renfrewshire and we are already making great progress. Guided by this strategy and through the private and public sector working together, we will achieve a strong and inclusive economy, bringing more people into work with more secure earnings and greater earning power.

“We will bring education and skills provision closer to the needs of the local economy and we will improve our economic infrastructure, with better public transport and new digital connectivity. We will grow our working age population by retaining and attracting more people to live, learn and work here and we will grow our tourism and visitor numbers as we make Renfrewshire a destination of choice.”