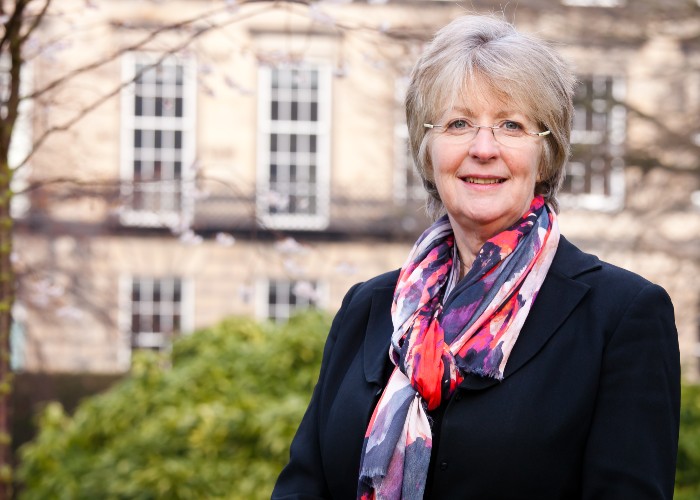 ELAINE Motion, one of Scotland’s leading constitutional lawyers, has joined a new body designed to raise the standard of democratic debate in the United Kingdom.

The Institute for Constitutional and Democratic Research (ICDR) was created by a group of legal experts, academics, business leaders and campaigners, who have a “shared concern at the state of our democratic constitution”.

Mrs Motion, Chairman of Balfour+Manson, who was involved in some of the UK’s most high-profile constitutional cases – including the ‘Brexit cases’ on Article 50 and Boris Johnson’s prorogation of parliament – said she was “delighted and honoured” to be part of the ICDR.

The ICDR is committed to moving away from partisan politics and sets out it vision as follows:

“Questions of devolution and independence, the role of parliament and the courts, and civil rights all come down to democratic and constitutional issues. Democratic fundamentals like free speech, which should unite us, are increasingly seen through a hyper-partisan prism.”

Elaine Motion said: “Constitutional debate in the UK has become very polarised – and our constitution and democracy is far too important to be reduced to partisan point-scoring.

The ICDR aims to bring people together to raise the standard of debate, and to encourage open, informed, and critical thinking about the big issues. I am delighted and honoured to be part of this independent, exciting, and important initiative.”

The ICDR has been established as an educational charity with three main objectives:

● To advise legislators and officials at all levels of Government.

● To empower citizens to engage with constitutional issues through public education and resources.

● To lead new thinking by providing a platform for the nation’s best minds to independently address our most pressing constitutional challenges.

Mrs Motion is a Trustee of the ICDR, alongside Andrew Lane, Barrister and Chloe Hill, Pupil Barrister.

Dr Sam Fowles, of Cornerstone Barristers, will be the Director of the Institute. Like Elaine Motion, he also worked on the Miller/Cherry v The Prime Minister case, which led to the UK Supreme Court declaring Boris Johnson’s prorogation of parliament in 2019 as unlawful.

The Institute’s fellowship includes some of the most eminent constitutional experts in the world, including Professor Paul Craig of Oxford University, Jessica Simor QC of Matrix Chambers, and Melanie Carter, Head of Public Law at Bates Wells Solicitors.

Aidan O’Neill QC, who worked with Elaine Motion on the Brexit cases, is a Fellow of the ICDR.