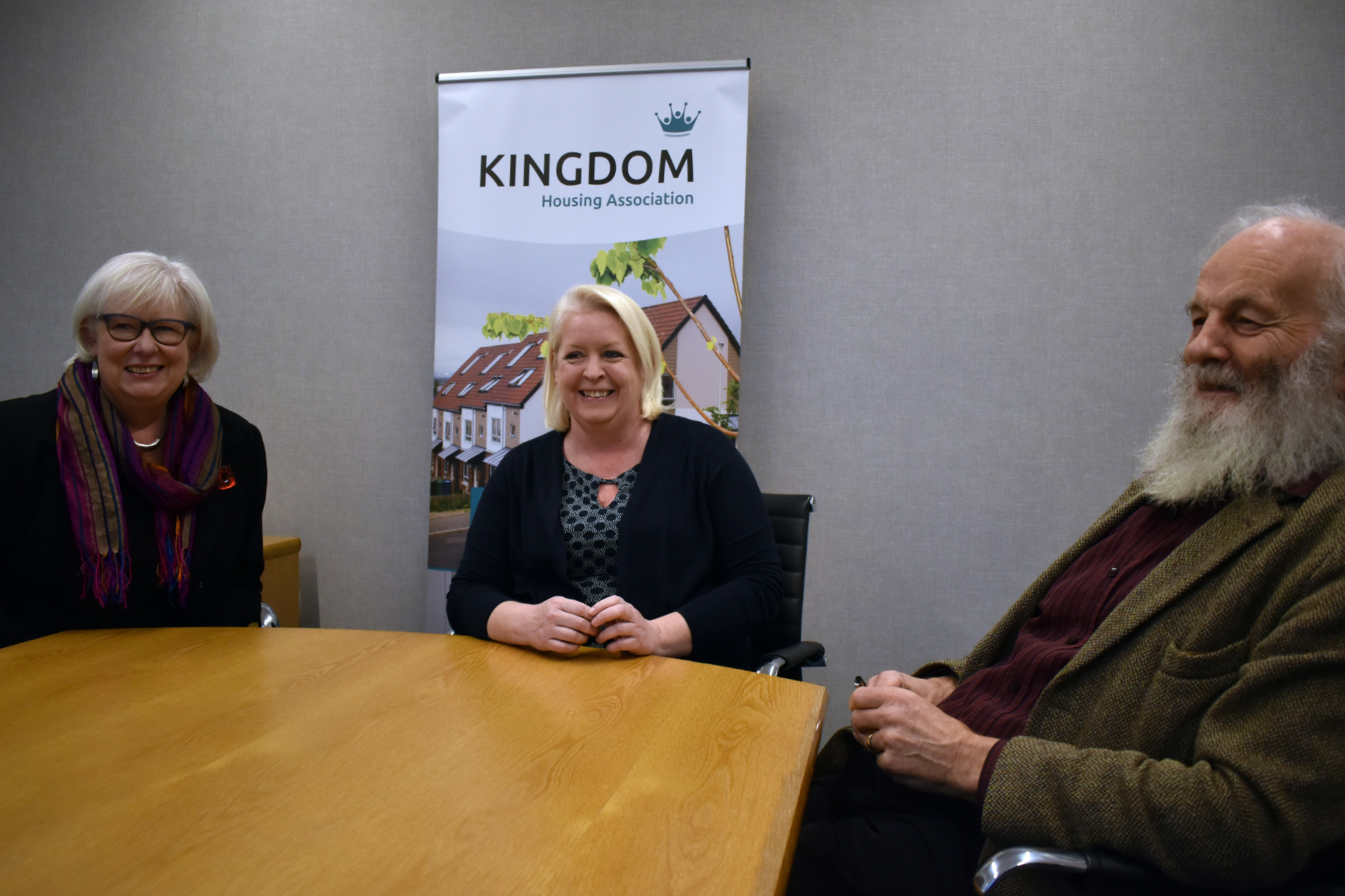 KINGDOM Housing Association has announced the re-election of Freya Lees as Chair of the Association and the election of Linda Leslie and Laurie Naumann as Vice-Chairs as a year of celebrations for Kingdom’s 40th anniversary near a close.

Freya has been a Board member with Kingdom since 2013, Chair since 2016 and serves on the Policy Sub Committee and Senior Management Remuneration & Succession Planning Sub Committee and is also director of housing consultancy firm North Star Consulting & Research.

Linda joined the Board at Kingdom in 2015 and has a long-standing interest in housing in Fife. Linda’s career in housing includes operational and policy experience with a range of organisations, most recently as Head of Private Rented Sector Policy with the Scottish Government.

Laurie is a founding member of Kingdom and the Association’s longest-serving Board member, joining in 1979, though his involvement with Kingdom began when the Lochgelly Lodging House, with 44 residents, was threatened with closure in 1977. In 1998 Laurie was recognised in the New Year Honours and was awarded an MBE for services to Homeless People.

Freya Lees, Kingdom Chair, said: “I’m delighted to have been re-elected as Chair of Kingdom Housing Association for another year. We have an ambitious plan moving forward and having joint Vice-Chairs will help us pursue our objectives.

“I’d like to congratulate both Laurie and Linda on their election as Vice-Chairs; they will both make a valuable contribution to the work we are progressing.”

Linda Leslie, Joint Vice-Chair, said: “Kingdom is a relatively large organisation, providing a diverse range of services and we fully recognise the importance of good governance. The appointment of Joint Vice-Chairs will allow both Laurie and I to support Freya as Chair and expand the duties we undertake.”

Laurie Naumann, Joint Vice-Chair, added: “I have been involved with Kingdom since it was formed in 1979 and I’m delighted to continue making a contribution, as a Board member and Joint Vice-Chair.”