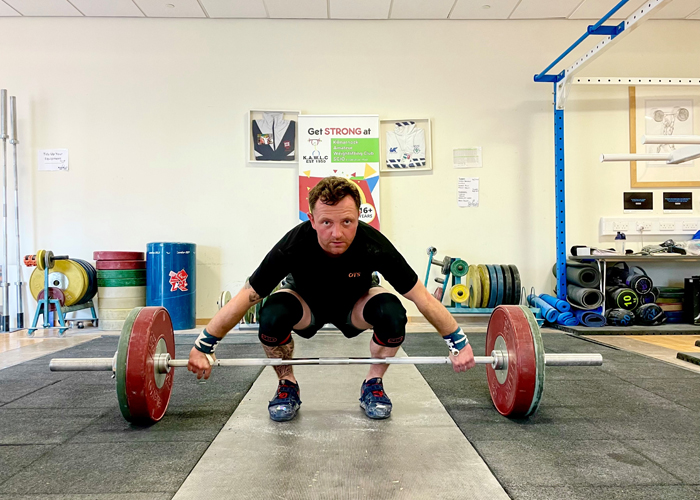 QTS Group HGV Mechanic, Craig Carfray, will be representing Scotland at the Birmingham 2022 Commonwealth Games in the weightlifting category and has received sponsorship from his employer.

Craig, 30, has been training for nearly 20 years in his hometown of Kilmarnock and has competed at events including Commonwealth Championships and other international competitions, representing Scotland and Great Britain.

Currently he competes in the men’s 67kg class and is looking to beat his personal best of 260kg, which he previously hit at the 2014 Celtic Championships.

Looking forward to the Games, Craig is keeping his focus maintaining his strength and cutting his weight. He said:

“Currently, my training is probably the best it’s ever been. I’m feeling strong but still got a few kilos to drop for the competition. Everything’s about consistency and keeping your confidence up, striking that balance between cutting the bodyweight and keeping the strength is so important, you don’t want to cut too quick and lose strength.”

“The sponsorship from QTS has been amazing, it makes such a big difference in terms of getting physio, getting time away from work, things like that. It’s good to have QTS on board because I can be better prepared going forward, I’ve got less to worry about. Even the training kit they’ve provided makes a big difference.”

“What a fantastic achievement it is for Craig to be representing his country in the Commonwealth Games. He has worked so hard over the last few years and is so deserving of his place within Team Scotland.”

“QTS is big investor in sport and to see one of our own reach their potential and to have the opportunity to take play even a small part in one of the biggest moments in his sporting career is a something we’re really excited about.”

“The whole of QTS is behind Craig and we’ll definitely be cheering him on and wishing Team Scotland all the best for a successful games!”

The Commonwealth Games Weightlifting events will take place between July 30 and August 3 2022.