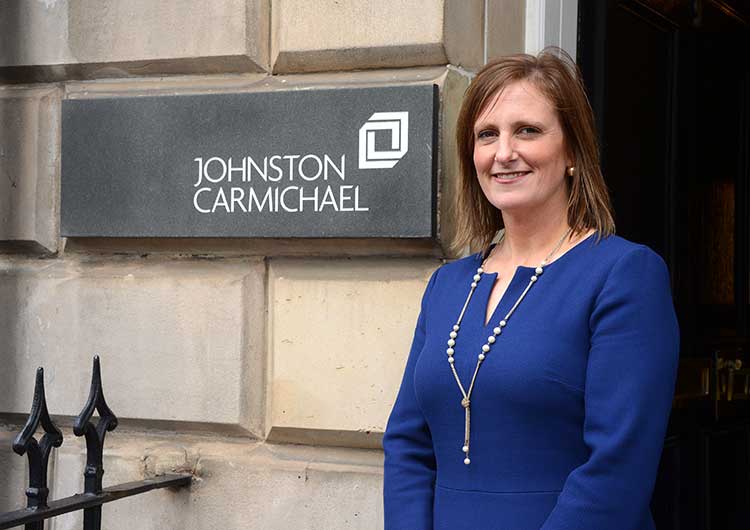 Accountancy and business advisory firm, Johnston Carmichael, has strengthened its leadership team with the appointment of a restructuring director.

Jenn Stewart, brings 16 years of experience to her new role which forms part of Johnston Carmichael’s expansion of its restructuring team across the country.

Having been based in Dundee for the last 12 years, she also heads up the firm’s recently opened Dundee office, leading a team with expertise spanning sectors including technology and life sciences, food and drink and agriculture.

As a Licensed Insolvency Practitioner, Jenn offers restructuring advice to small and medium-sized enterprises (SMEs), owner-managed businesses and individuals who find themselves in financial difficulty, helping them avoid a formal insolvency where possible. Jenn will also focus on expanding the firm’s personal insolvency offering to existing and new clients.

Jenn began her insolvency career in 2003 with an Edinburgh-based accountancy practice. She joined a national firm in 2007 as a manager, before progressing to partner and the head of personal insolvency and debt advisory in Scotland. Immediately prior to joining Johnston Carmichael, Jenn was based in Dundee with a boutique advisory firm, working across complex liquidations, partnership sequestrations, trust deeds, the Debt Arrangement Scheme (DAS) and Business DAS.

Jenn said: “It’s an exciting time to join Johnston Carmichael as the business continues to expand across Scotland, building on its existing strong brand and reputation. I’m looking forward to working with such a diverse and forward-thinking team, bringing my own expertise to bear as we build our presence in Dundee, applying specialist expertise to support businesses at all stages of their growth journey.”

“Jenn’s wealth of industry and sector experience is second to none, and I am confident her expertise, ambition and leadership skills will play a pivotal role in the future success not only of our restructuring team, but of our wider business.”