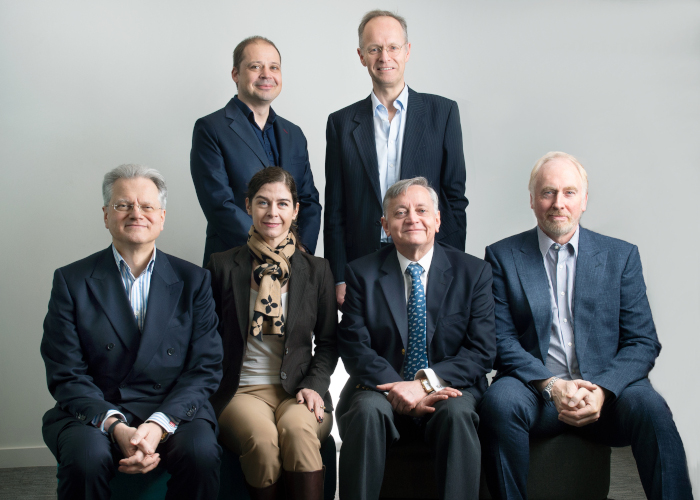 INVIZIUS, the University of Edinburgh spin-out which is developing potentially lifesaving products for dialysis patients, has made four high-profile appointments as it prepares to enter the next stage of its development.

The new directors all have international experience in leading pharma and life sciences businesses. Their arrival follows the recent £2.75m investment in Invizius by a consortium of investors including Mercia, Downing Ventures, the University of Edinburgh’s Old College Capital fund and the Scottish Investment Bank, the investment arm of Scottish Enterprise.

Eric Beard, who joins as Chairman, spent most of his career at Baxter Healthcare as a corporate Vice President and was also President of its global renal dialysis business. He has held senior positions at Sorin Group and Gish Biomedical, both active in the renal and oxygenation markets, and as Executive Chairman at Cellnovo until its flotation on the Paris stock market.

Dr Sandra Neumann, who joins as Non-Executive Director, is a former General Manager of Baxter’s renal business. Based in Zurich, she is founder and CEO of Peripal which is developing a patient aid for dialysis, a board member at Solvias and a former senior associate at McKinsey & Company.

Dr Magnus Nicolson, the new Chief Operating Officer, has led public and private companies including Viragen, CytoKine PharmaSciences and EctoPharma, and was general manager of the BASF Pharma plant on Lewis. Magnus is also Chair of SRSL at the Scottish Association for Marine Science.

Invizius’s H-Guard™ product is a powerful anti-inflammatory that could reduce the huge death toll from cardiovascular disease among long-term dialysis patients. The company is currently preparing to enter clinical trials and aims to raise Series A funding within 18 months.

Richard Boyd, co-founder and CEO of Invizius, said: “We are delighted to welcome such high-calibre individuals to our team. Their experience will be invaluable in guiding the business through the next stage of its development as we move closer towards our goal to improve the lives of three million dialysis patients.”

Dr Nicola Broughton of Mercia said:“Invizius’ success in attracting these internationally renowned industry figures demonstrates the respect in which it is held and their confidence in its technology. The new line-up makes the company well placed to become a global success story.”