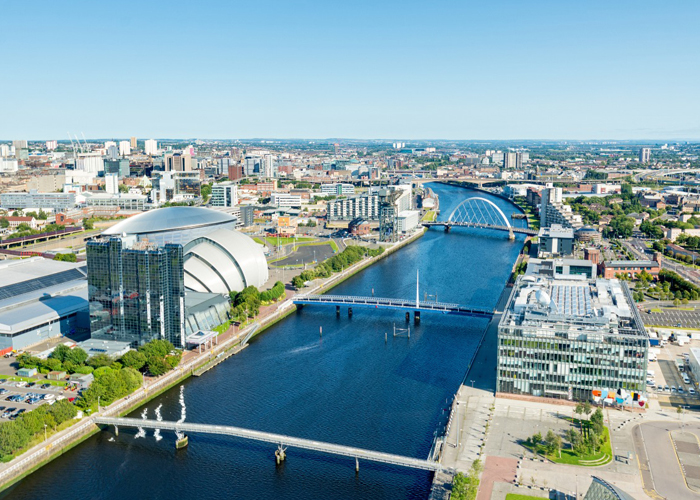 The report highlights the particularly strong Q2 in which £700 million was transacted, well above the five-year quarterly average of £550 million. In the second quarter, cross border capital accounted for 61 per cent of all activity by value, one of the largest shares on record.

Oliver Kolodseike, director of Research & Economics at Colliers, comments: “The first half of the year saw several large ticket deals take place in Scotland including the £215 million sale of office property 177 Bothwell Street and the £124 million funding and acquisition of Platform Bonnington, a 464 BTR unit scheme. It will be interesting to see how the market fares in the latter half of the year as current signs on the health of the economy are mixed. GDP has held up reasonably well so far this year, but economic forecasts are being downgraded and the PMI’s Future Activity Index fell to its lowest level in almost two years, adding to fears of a slowdown in the coming months.”

Office investment rose from £90 million in Q1 to £330 million in Q2. The figure is around 80% above the five year quarterly average of £180 million and the strongest since Q1 2018. The second quarter was significantly boosted by the sale of Glasgow’s 177 Bothwell Street to Pontegadea Inmobiliaria, Scotland’s largest ever office transaction. Other notable deals include Assura Aspire’s £53 million purchase of Edinburgh’s Gyle Square and Lime Property Fund’s acquisition of Kildean Business Park in Stirling for £22 million.

Patrick Ford, director in the National Capital Markets team at Colliers, adds: “This year it has been hard to predict which asset class is going to remain at the top of investors’ wish lists. Despite this, one thing is certain – there’s a real appetite for large scale capital deployment in Scotland, regardless of sector. The sale of 177 Bothwell Street is testament to this, and underlines overseas investor appetite for well let, prominent assets be that offices, industrial, beds or well performing retail.”

The alternatives, mixed use and leisure sectors recorded investment levels of £250 million in Q2, up from the £160 million in Q1. The levels are also around 40 per cent above the five year quarterly average. Boosted by the funding and acquisition of Platform Bonnington by Heimstaden Bostad – the second largest residential deal ever in Scotland – the alternatives, mixed use and leisure sector also witnessed the purchase of the Premier Inn in Glasgow for £30 million by Ropemaker and the sale of Lossiemouth Bay & Burghead Beach Caravan Parks to Park Holidays for £9 million.

The industrial sector had a quieter second quarter with only £60 million transacted across eight deals, down from £210 million across 11 transactions in Q1. The largest transaction during the Q2 was Realty Income Corporation’s £33 million purchase of a 48,900 sq ft industrial unit on Glasgow’s Newlands Road, currently let to Celeros Flow Technology.

Retail investment volumes slowed from £140 million in Q1 to £60 million in Q2, with just seven transactions recorded notes Colliers. Notable deals include Ediston Properties’ purchase of Glasgow’s 123-129 Buchanan Street for £16 million, the largest retail deal of the quarter and Realty Income Corporation’s £10 million acquisition of Leven’s Riverside Retail Park. A number of high- profile shopping centres are due to transact in H2 including Hammerson’s circa £140 million Union Square in Aberdeen and The Forge Shopping Centre in Glasgow.