Investment in Edinburgh offices surges in 2019 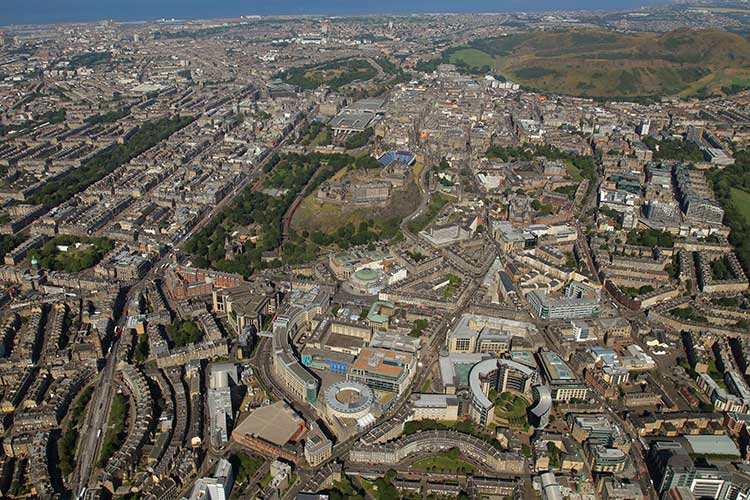 Investment in Edinburgh offices during the first half of 2019 has outstripped 2018’s annual total after a flurry of significant deals in the second quarter, according to analysis from Knight Frank.

The independent commercial property consultancy found that nearly £310 million had been invested in the city’s offices between January and June 2019, well ahead of the previous 12 months’ total of £284 million. Between April and June alone, more than £290 million was spent by investors.

The six-month figure was buoyed by two recent deals. In May, one of Germany’s largest pension funds purchased 4-8 St Andrew Square, home to Standard Life Aberdeen, for £120 million. This was followed in June by the £100 million purchase of the Leonardo Innovation Hub at Crewe Toll by an unnamed Korean investor.

Earlier in the year, a £55 million property at Gyle Square was also acquired by Korean investors. Korean funds have now made four major purchases in Scotland since their first transaction in 2017, including the £48 million deal for Glasgow’s 110 St Vincent Street in June this year.

Alasdair Steele, Head of Scotland Commercial at Knight Frank, said: “It’s been a great start to the year in Edinburgh, with a number of large transactions for major assets. That we had two nine-figure deals conclude against an uncertain political and macro-economic backdrop is testament to the strength and diversity of demand for prime commercial property in the city. There is an almost insatiable appetite among investors for secure long-dated income and prime offices. Despite Brexit, Scotland is seen as providing stability at a competitive price.

“What’s noteworthy about most of the major transactions in Edinburgh is that they are being conducted off market by overseas money. While it might seem counter-intuitive to limit the number of interested parties by seeking out specific buyers, it’s turning out to be the best way of concluding deals. The purchasers know they stand a good chance of acquiring the asset and are willing to pay a premium in return.”