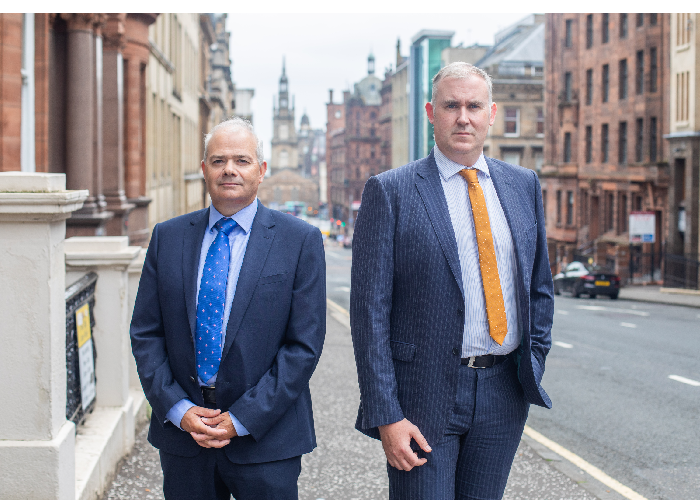 A LEADING accountancy firm has hired four senior insolvency staff in Scotland as it prepares for what many fear will be an “insolvency Armageddon” following the end of two key government Covid-19 support schemes.

Restructuring expert Alistair Dickson, Head of SKSi Scotland, is growing his team ahead of the end of the change in legislation, which he believes will have an unprecedented effect on the Scottish business ecosystem.

Businesses across the country will face a double blow when temporary measures designed to help businesses weather the storm of the pandemic – the Furlough Scheme and the Corporate Insolvency and Governance Act – come to an end this month.

In anticipation of the anticipated rise in insolvencies, SKSi has recruited leading practitioners Shona Maxwell, Scott Bastick, Donald Scott and Robin Panton, all of whom have previously worked together for a number or years within other Scottish insolvency practices.

The four bring a wealth of experience across a range of sectors in Scotland, with expertise in personal and corporate insolvency spanning several decades.

As well as preparing for an onslaught of enquiries as the support measures come to an end, SKSi is urging businesses to seek help now – before it’s too late.

Mr Dickson said many businesses are limping along with the support of current legislation, which he warned is “delaying the inevitable”.

He said: “Currently many businesses are clinging on with significant debts and reduced sales, but they have their head in the sand as they’re hiding behind financial support measures and protective legislation.

“With this in mind we’re very pleased to have been able to expand our Edinburgh team and we anticipate that they will provide support to businesses all over Scotland in the coming months.”

The upcoming end of support measures means businesses will once again be liable to be liquidated for failure to pay their debts. The legislation had also temporarily removed the threat of personal liability for wrongful trading from directors, but this protection has already been removed.

The latest research from the National Institute of Economic and Social Research predicts that as many as 150,000 workers who are still on furlough will be made redundant by the end of 2021.