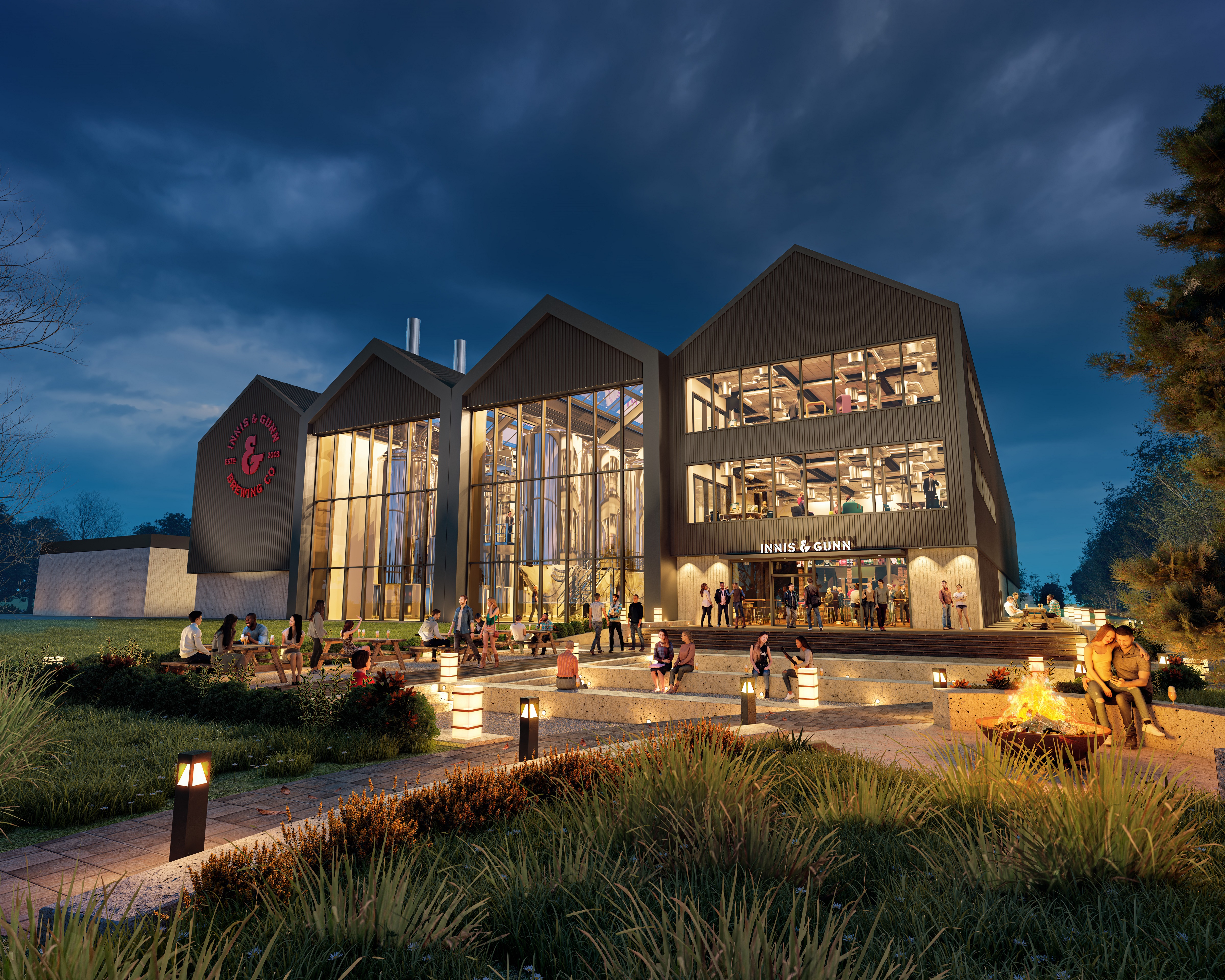 Scottish brewer Innis & Gunn today launched its latest crowdfunding campaign – ‘Beer Money’ – through the Seedrs platform. The fund aims to raise £3M to help finance the building of the largest major brewery in Edinburgh for over 150 years.

The brewery, the location of which is due to be announced shortly, will bring all production and packaging in house, simplifying the current outsourced model and reducing costs, while simultaneously reducing the company’s carbon footprint. It will also create around 30 jobs and give Innis & Gunn the opportunity to offer brewing services to others for the first time, with doors set to open in 2021.

Dougal Gunn Sharp, Founder and Master Brewer at Innis & Gunn said: “At this time of division, doom and gloom, the originality and inclusivity of the Innis & Gunn brand and business is a shining light of optimism that bring people together in celebration of great beer. This is the opportunity of a lifetime – to be part of the project to build Edinburgh’s first large-scale brewery in over 150 years. By investing in Innis & Gunn Beer Money, you will be helping to create a new legacy for our brand and for brewing in Edinburgh, and Scotland, that will last a lifetime.

Dougal continued: “Part of our strength as a business comes from the community of fans we’ve built across the globe, and this is the perfect chance for them to get involved and help us put Edinburgh back on the brewing map. We’ve enjoyed 16 years of uninterrupted growth, expanded into over 30 countries and we’ve got a very exciting journey ahead of us. There’s never been a better time to join us so why not put your money into something fun and buy a bit of our brewery.”

In the three years since its last crowdfund Innis & Gunn has grown to almost 21 million pints and increased turnover to over £25m.

Growth has accelerated through the launch of its award-winning Lager Beer which in 2018 grew by nearly 40%; it is the most valuable craft beer in bars and supermarkets in Scotland with market leading rate of sale. Innis & Gunn Lager accounts for 3 of every 4 craft lagers sold in Scottish supermarkets. Innis & Gunn is also the number 8 take home alcohol brand in Scotland.

The brewer’s flagship beer Original represents around a quarter of our volume but around one third of turnover, thanks to its premium position and international footprint. It is Innis & Gunn’s lead international beer and has found acclaim and success in a great many export markets thanks to its multi award winning taste, premium positioning and unique qualities. The Original is the most awarded bottled beer in Scotland and a six-time Grand Gold winner at the world-renowned Monde Selection.

The brewer also successfully relaunched its pubs as Brewery Taprooms this year with takings up 30%. The Taproom concept will be rolled out across the UK with two new sites each year for the next three years.