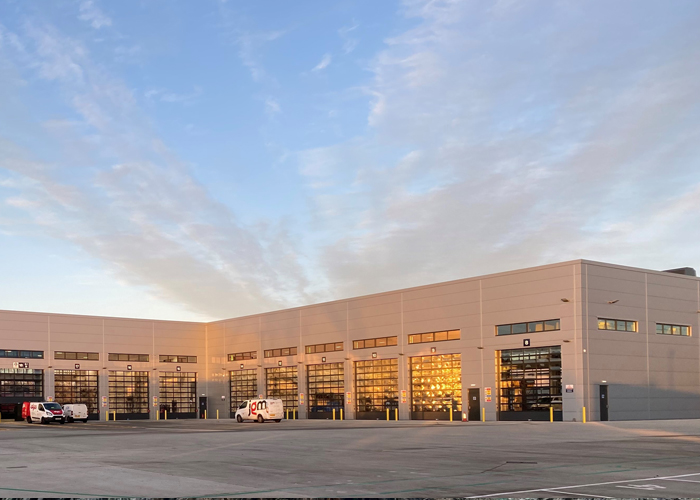 INDUSTRIAL property and retail warehousing are driving investment in Scottish commercial property after overtaking offices in annual volumes for the first time since 2011, according to new figures from Knight Frank.

The independent commercial property consultancy found that retail warehousing and industrials saw combined investment of £541 million last year, accounting for nearly one-third (33%) of 2020’s overall figure. This was an increase of 45% on 2020’s £374 million and a 29% rise on 2019’s £418 million and the first time in a decade they have outperformed offices in Scotland.

Offices were broadly consistent with 2020 at £355 million, but still some way off 2019’s £739 million. However, Knight Frank said it expected investment in offices to pick up this year as more people begin to return to workplaces and travel restrictions ease.

Investment in shopping centres was buoyed by the £140 million sale of Glasgow’s Silverburn by Hammerson, reaching £155 million compared to £38 million in 2019 and 2020’s £27 million.

In Scotland’s three largest cities, Glasgow saw the highest level of investment at £475 million, with Edinburgh close behind on £429 million. Aberdeen accounted for £54 million, a nearly 50% increase on 2020.

Alasdair Steele, head of Scotland commercial at Knight Frank, said: “Last year’s investment figures highlight the changes to investor demand since the pandemic began, with an almost insatiable appetite for retail warehousing and industrial property driven by changes to people’s shopping habits. That only looks likely to continue in 2022.

“Despite offices remaining some way off investment levels seen before the pandemic, prime offices remain highly sought after, reflected in some keen yields on office deals towards the tail end of last year. We expect to see more activity in this sector in the months ahead, with Edinburgh and Glasgow remaining good value compared to many other major European cities.

“There is a weight of capital looking for opportunities and Scotland’s market has proven its resilience over the last two years. With a return to office working and the continued strength of industrials and retail warehousing, there could be a lot of activity in Scottish commercial property over the next 12 months – particularly from overseas buyers, as travel restrictions ease.”