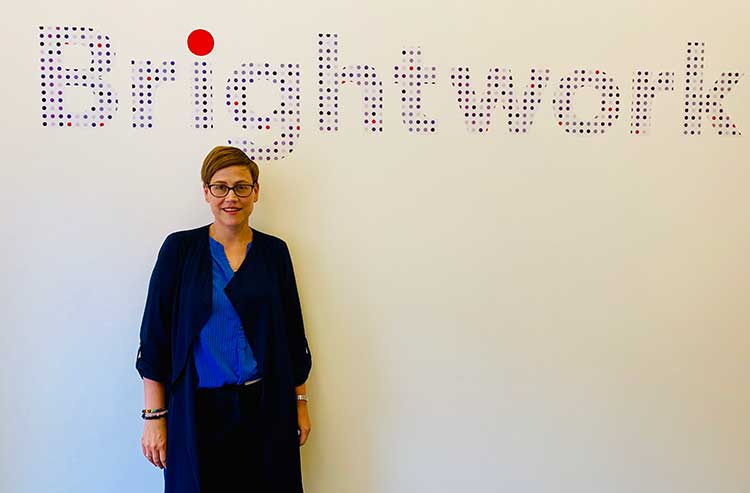 Julie Burnside has taken over as Director of Scotland for Brightwork and Staffline Scotland, putting the 37-year-old in charge of 78 employees operating across the country from Turriff, down through Central Belt and Dumfries. The organisation provides labour to a range of business sectors, most notably the Food/Drink Industry, with up to 5,500 staff on its books at peak times.

Julie was a co-founder of the BWSR business in 2008, a recruitment agency specialising in professional and technical permanent appointments. Among BWSR’s shareholders was Brightwork Ltd, alongside fellow Brightwork directors, Shan Saba and Louise Brennan. BWSR was sold outright to Brightwork in 2016. In May of the following year, Brightwork was taken over by Nottingham-headquartered Staffline, though it continues to trade under its own name.

Julie transferred from BWSR to the main Brightwork business in 2016, where she led the Drinks Team that supplies labour to Scotland’s three largest bottling operations. She achieved significant growth in a short space of time in the size, turnover and profitability of that team, which supplies up to 1,500 temporary workers at peak times.

She grew up in Hamilton and graduated in 2003 with a Hons. Degree in Social Sciences from Glasgow Caledonian University. She started her recruitment career in 2004 as a trainee for Hudson in Glasgow, where she remained until setting up the BWSR enterprise.

“I am delighted to be taking over this role at an exciting time for Brightwork and Staffline, which has invested £6m in trail-blazing technology for the recruitment industry in the past year alone,” Julie said. “Innovations such as the IDVT technology recently trialled by Brightwork on behalf of Staffline are putting us on the cutting edge of advances in the recruitment sector.

“This new structure within our own operations will also pave the way for further growth across our existing client base, as well as in areas such as white-collar posts.”

Staffline is the UK’s biggest supplier of industrial labour, providing up to 60,000 people at peak times across more than 430 sites. It supports clients in the food production, logistics, manufacturing and automotive sectors, working with major supermarkets such as Tesco and Sainsbury’s as well as major fashion brands such as Boohoo and Marks & Spencer.