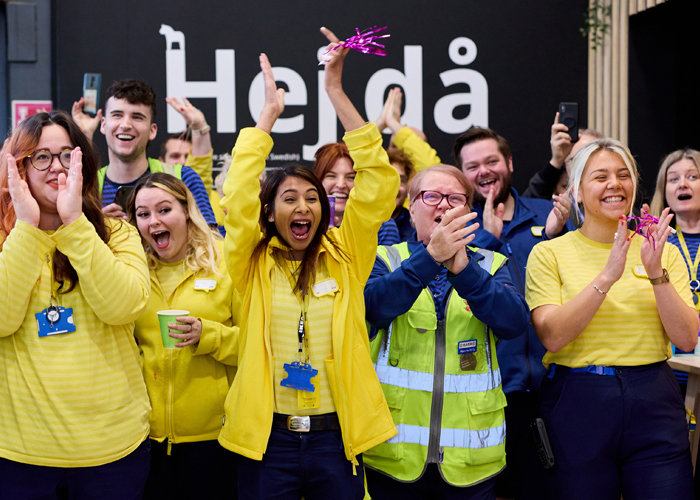 IKEA co-workers in Scotland are set to receive a pay increase as part of the retailer’s £12 million investment to support its people through the cost-of-living crisis.

Co-workers will further benefit as the retailer also introduces a broad range of support measures across the UK & Ireland.

As one of the few major retailers to match the new Living Wage Foundation rate, hourly paid co-workers will receive a boost in earnings – £10.90 in Scotland – as part of IKEA’s continued pledge to pay the Real Living Wage.

Eligible salaried co-workers in Scotland will receive a pay rise of six per cent on average, in line with the retailer’s commitment to paying a fair and sustainable rate of pay.

In addition to the cost-of-living investment, to recognise exceptional performance, all eligible members of the team throughout the UK and Ireland will receive a bonus – of approximately one month’s salary – in time for the festive season.

Darren Taylor, Country People & Culture Manager, IKEA UK & Ireland: “Our people are at the heart of the success of our business and we have always been committed to paying a fair, sustainable rate of pay based on the cost of living. This year is no different.

“Recognising the increasing challenges brought by the rising cost of living, we are pleased to share some of the additional measures we are taking to ensure needs are met; and hope that it will ease some of the pressures of the current climate.  By building on our existing co-worker benefits, and by heightening the focus in this area, we want to ensure that our colleagues feel supported during this challenging period.”

As the cost-of-living continues to impact families and their finances across the UK and Ireland, IKEA is investing in the following enhanced support:

Katherine Chapman, Director of the Living Wage Foundation, said: “Since joining the Living Wage Foundation in 2016, we’re delighted that IKEA continues to show real leadership on pay in retail. We all need a wage that meets our everyday needs, and in paying a real Living Wage to co-workers IKEA will provide them, and their families, with security and stability now and in the months ahead. During this cost-of-living crisis, it’s never been more important for workers to earn a real Living Wage, calculated based on the cost of living.”

Pay increases for all eligible UK & Ireland co-workers and access to the loan and Ingka IKEA Social Fund will come into effect in January 2023.