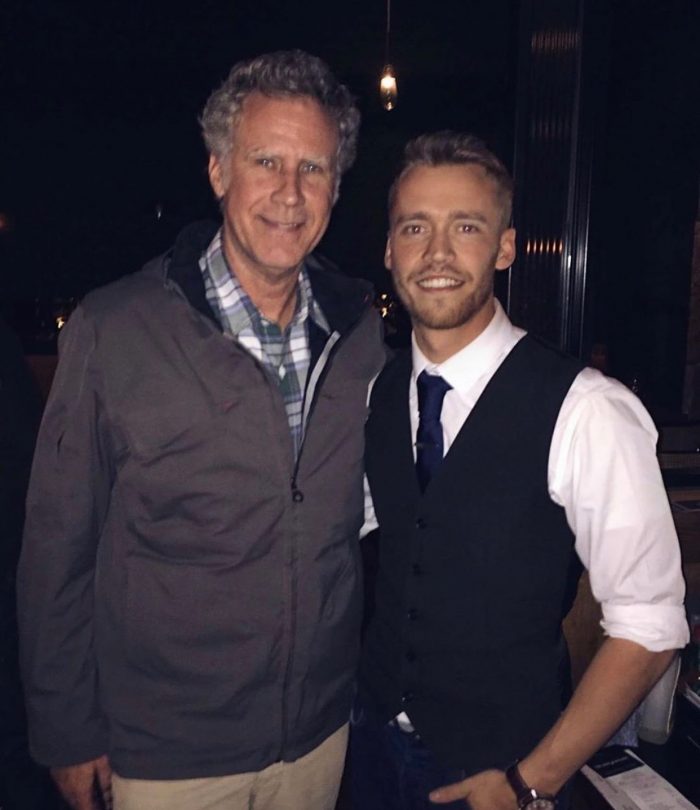 HOLLYWOOD megastar Will Farrell took time out from shooting scenes for his upcoming Netflix feature Eurovision to visit Glasgow’s leading Meditteranean restaurant, The Spanish Butcher, for a spot of dinner with his brother.

Ordering from their award-winning Galician menu, Will and his table enjoyed a mammoth 35-day dry-aged 1.1kg porterhouse steak, alongside a 900g chateaubriand from Galician blond cattle in Northen Spain.

They also ordered double helpings of their addictive manchego mac and cheese topped with puffed paprika pork skin, after devouring their first portion.

Will then posed for pictures for staff and took time to complement Spanish Butcher chefs after his meal saying that the Galician beef was ‘cooked to perfection’.

Speaking of the movie star visit, restaurant manager, Jamie Crawford said: “I had to double-take when Will walked into Spanish Butcher last night. He was funny, charming and it was amazing to show him some Scottish hospitality while he’s here filming in Glasgow.”

“Nothing beats a steak dinner and Will and his friends loved our award-winning beef, saying it was cooked to perfection. We hope he pays us a visit again next time he’s back in the city.”

Will is not the only celebrity to visit Scotland’s most stylish restaurant. He follows in the footsteps of previous Hollywood actors including Chris Pine and Toby Maguire and UK stars Peter Capaldi and Eddy Izzard.